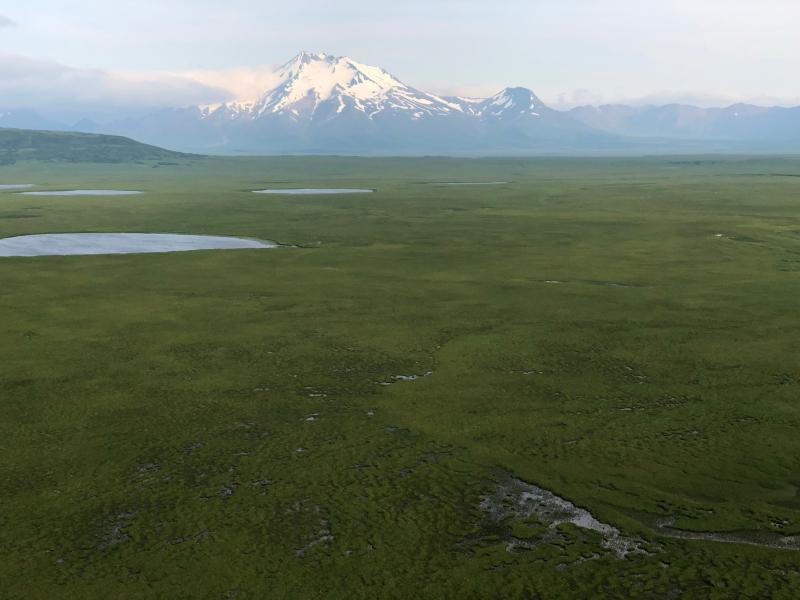 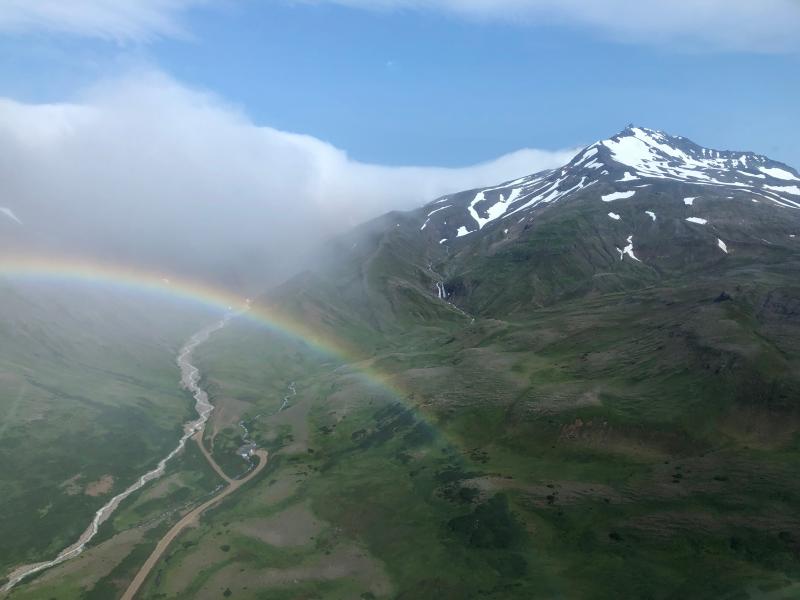 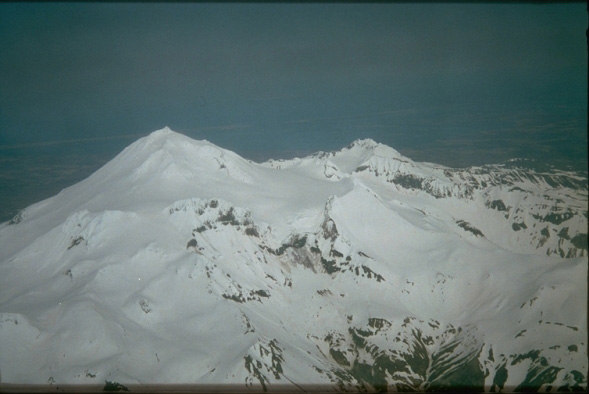 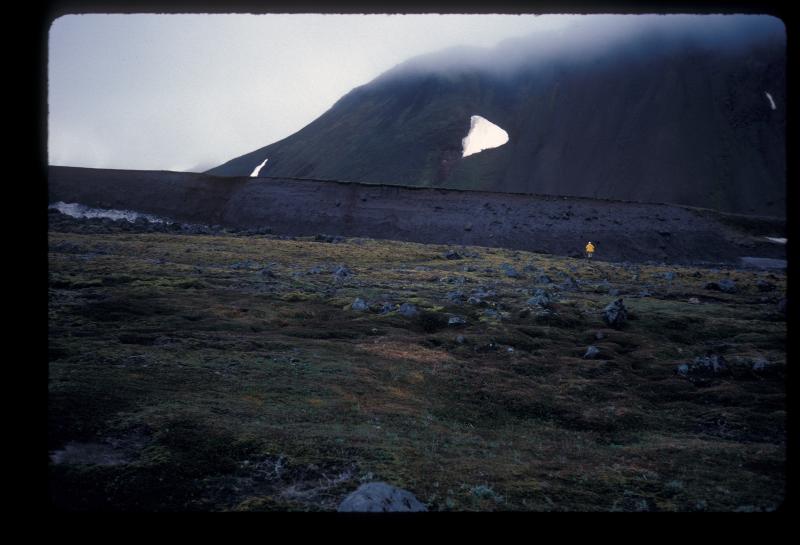 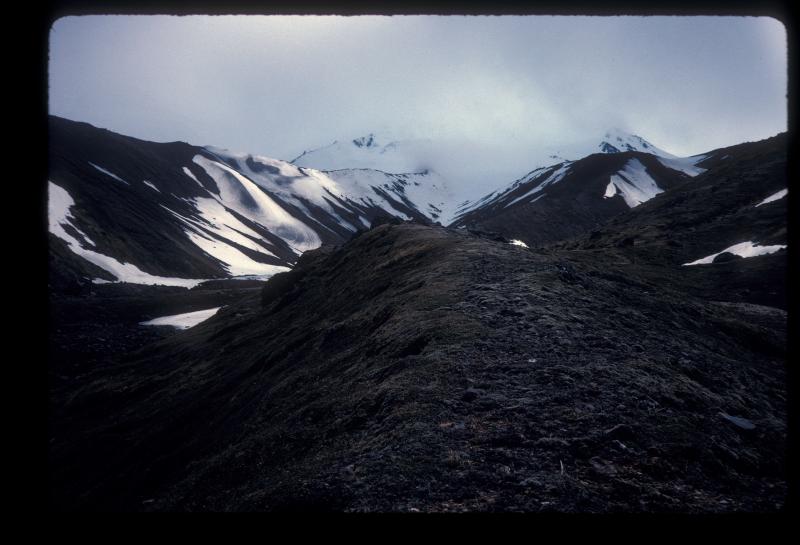 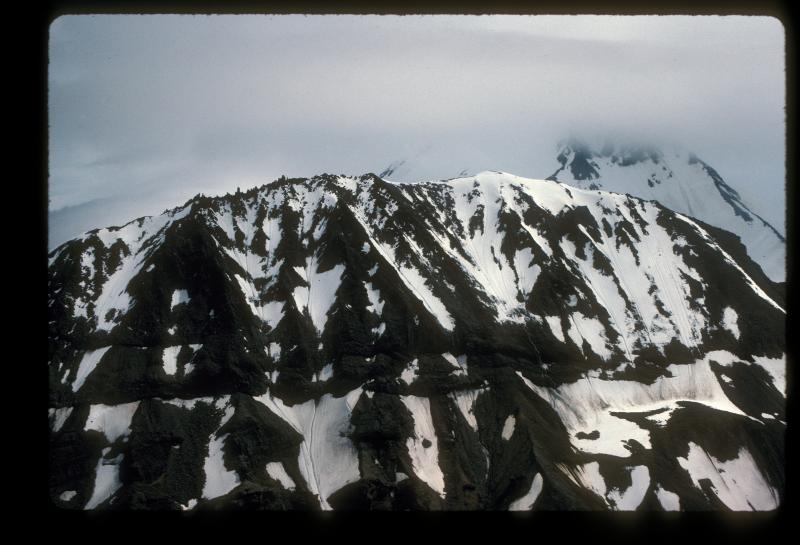 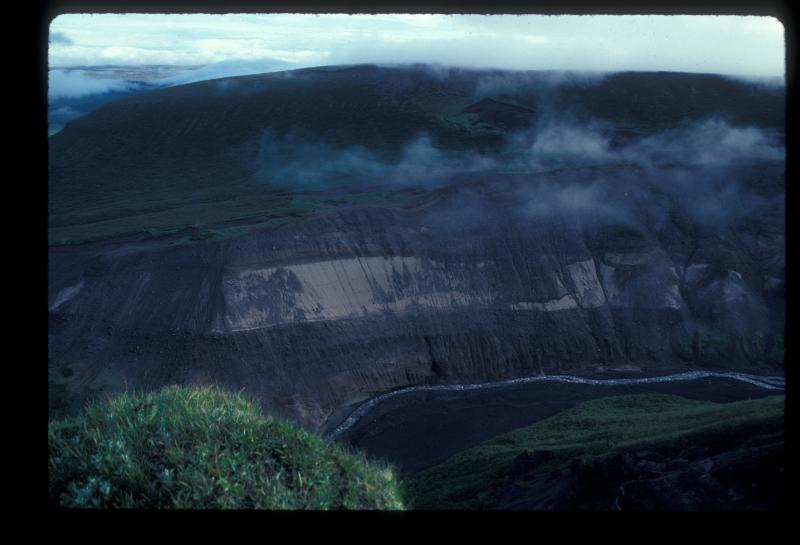 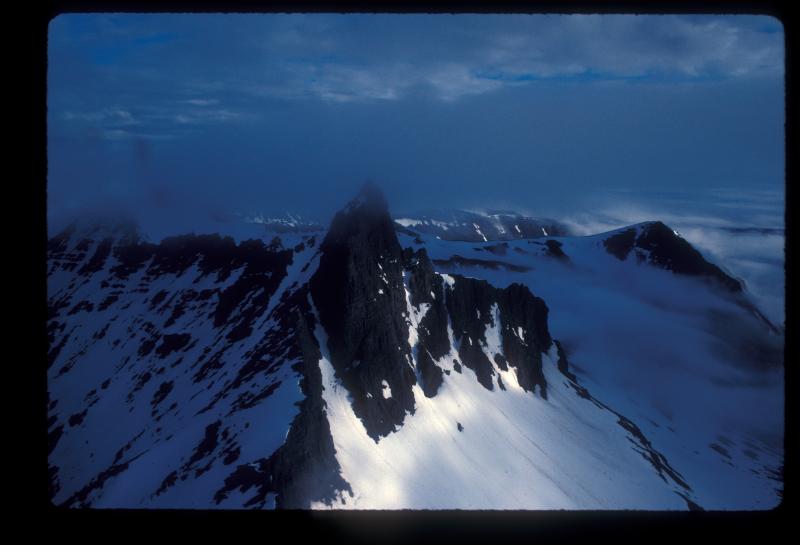 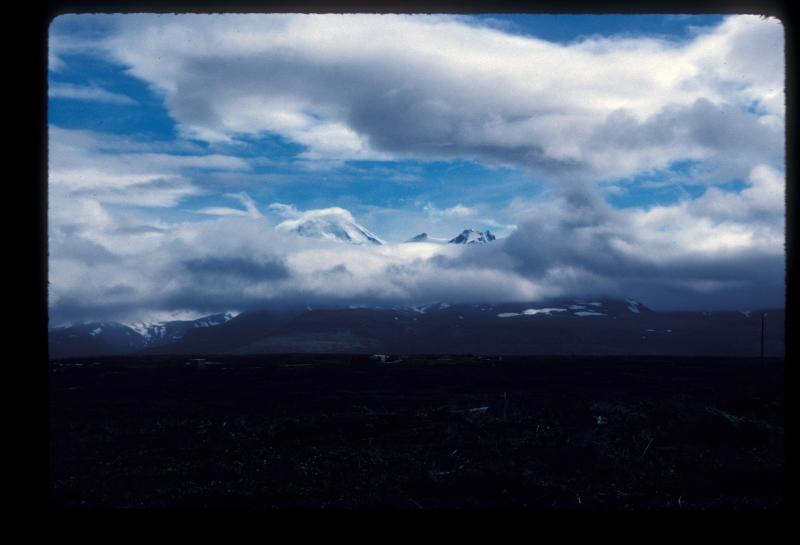 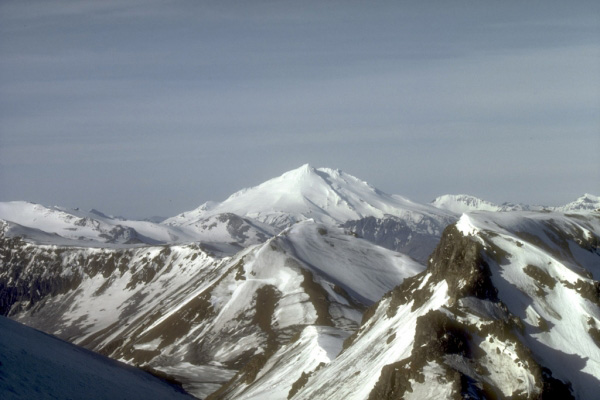 From Miller and others (1998) [1]: "Mount Dutton is a small snow- and ice-covered calc-alkaline volcanic center with an approximate diameter of 5 km (not including the isolated large intra-canyon lava flow 5 km southwest of the summit) and an estimated volume of 7-15 cubic km. The volcano is built on an east-sloping basement of hydrothermally altered Tertiary volcanic rocks [2]. "The volcano consists of a central multiple dome complex [3] in which successive domes shouldered aside earlier domes and the enclosing cone-building volcanic rocks. Some hydrothermal alteration occurs along vertical contacts between adjacent domes. The dome-building activity and associated collapse has caused extensive destruction of cone-building lava flows and, to a lesser extent the domes themselves. This has resulted in the massive, thick-bedded debris flows 100-200 m thick that surround and mantle the central dome complex. "A headwall scarp about 300 m high and dipping to the northwest about 45 degrees forms the west side of the summit. Debris avalanches from this and lower areas moved down either side of the east-west oriented range crest. The resulting avalanche deposits include blocks up to 5 m in diameter and are characterized by hummocky topography and small closed depressions. The avalanche deposits cover a total area of about 11.4 square km and have an estimated volume of about 0.17 cubic km. "Only slightly dissected debris flows and pyroclastic flows occur on the east flank of the volcano. Two flank-domes occur 3.5 km north-northeast of the summit of Mount Dutton at an elevation of 520 m. These non-glaciated flank domes are assumed to represent Holocene eruptions. Most, if not all, of the avalanche and debris flows that mantle the volcano's flanks are also Holocene in age."
REFERENCES CITED
[1]
Catalog of the historically active volcanoes of Alaska, 1998