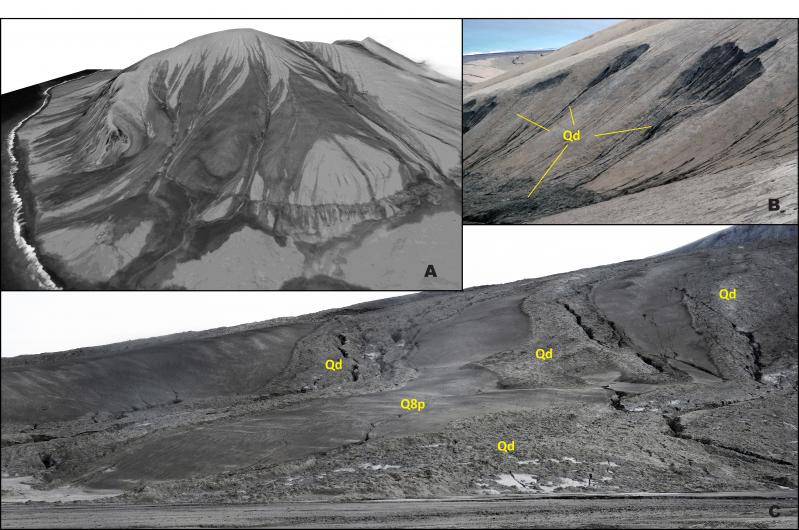 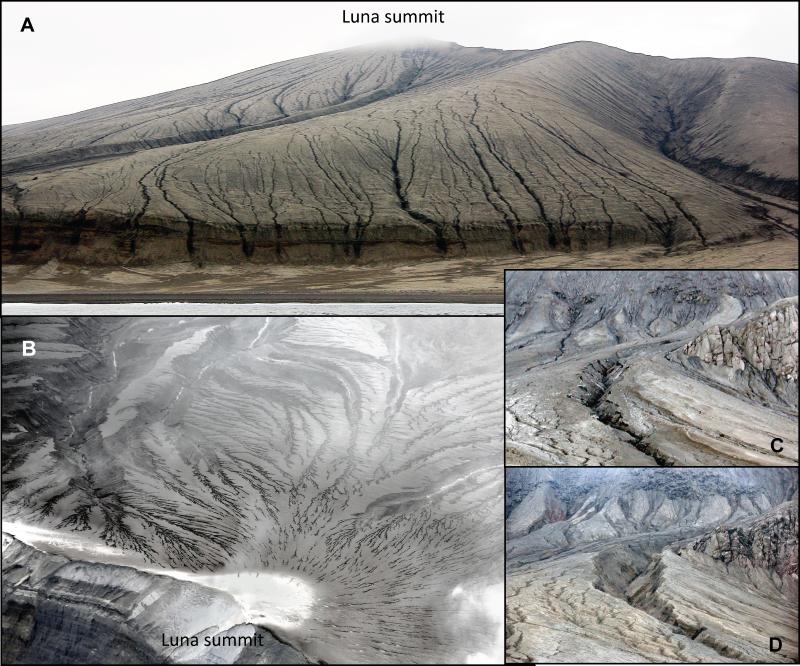 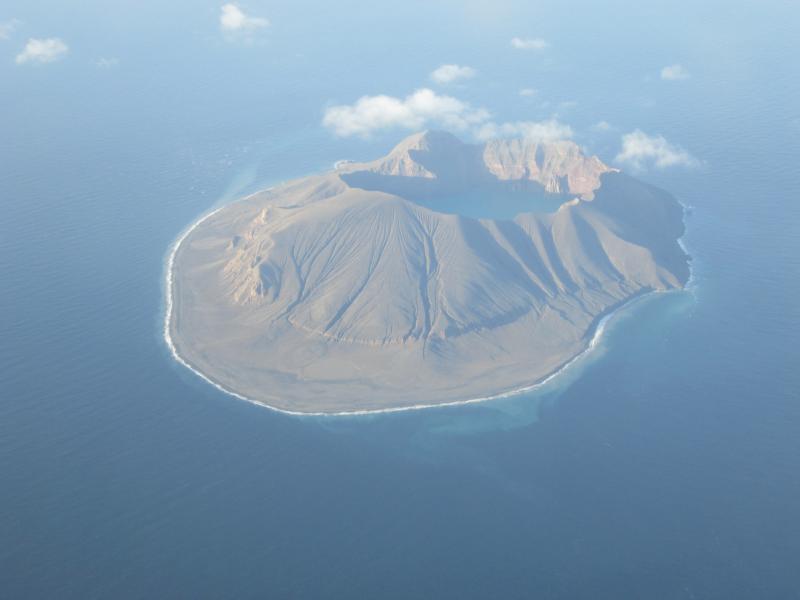 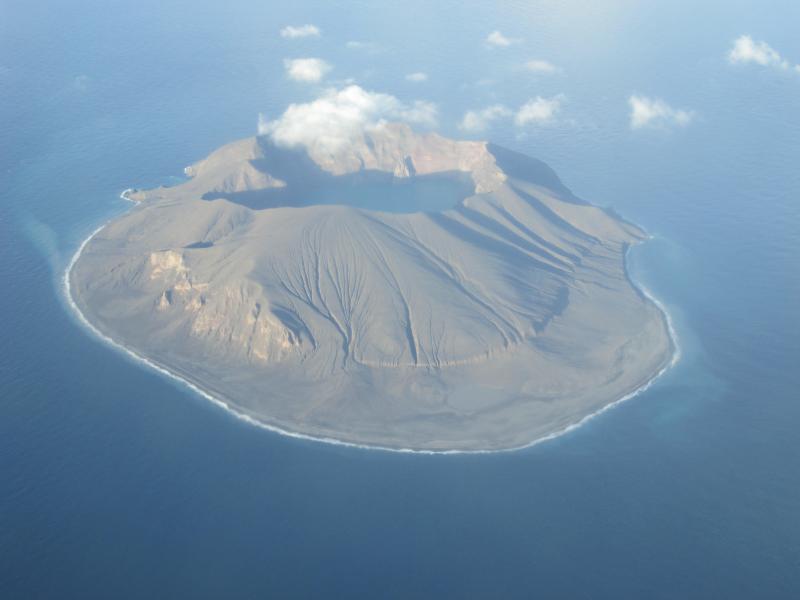 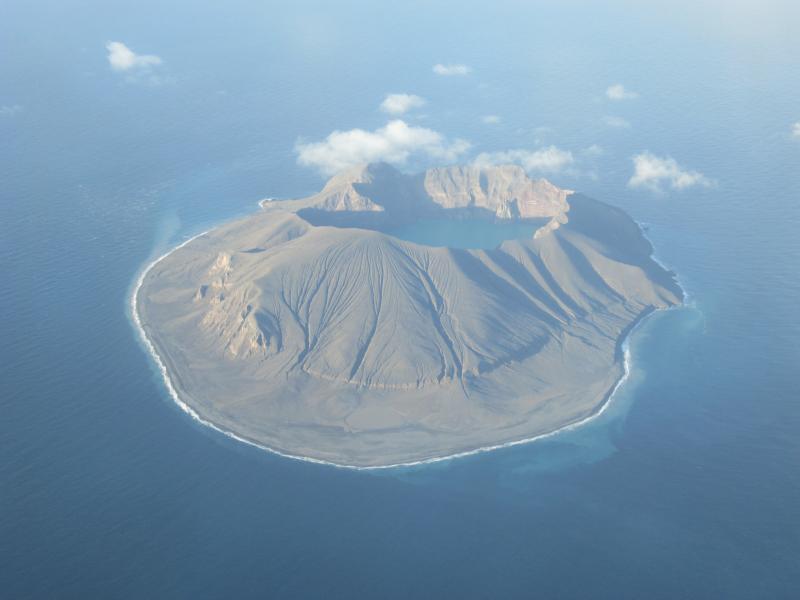 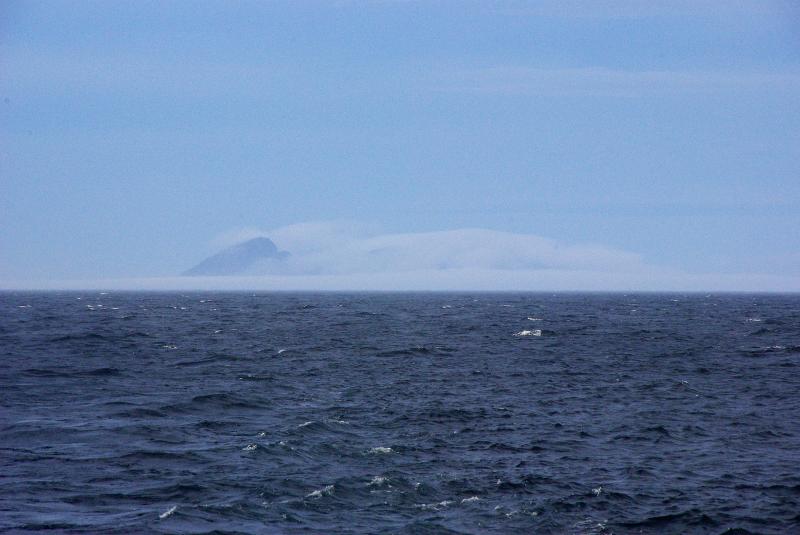 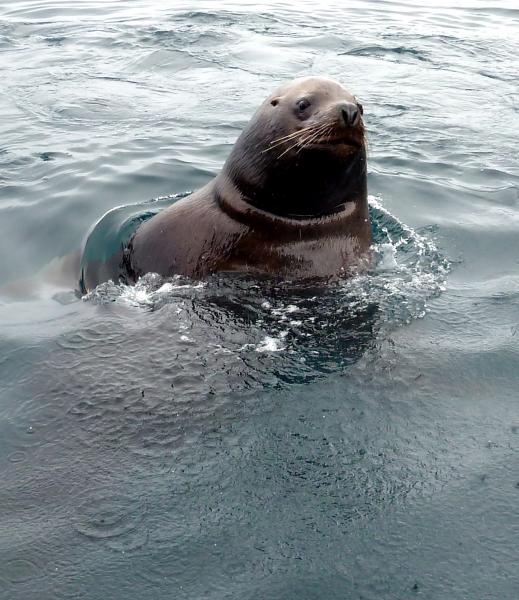 From Miller and others (1998) [1]: "Kasatochi Island, like Gareloi, Bogoslof, and several other volcanoes in the western Aleutian arc, represents the emergent summit of a predominantly submarine volcano. The island consists of a single, undissected cone with a central lake-filled crater about 0.75 km in diameter. A maximum height of 314 m is on the southern crater rim; elevation of the lake is less than about 60 m. Kay (1990) [2] reports a lava dome on the northwest side of the cone at an elevation of ~150 m. "Coats (1956) [3] referred to Kasatochi as one of a group of little-known volcanoes that appear to be stratovolcanoes composed of basaltic and andesitic flows and pyroclastics. The mean slope of the southern flank (about 18 degrees) is considerably less than the mean slope of the northern flank (about 45 degrees). This asymmetry of form may reflect a predominance of lava flows low on the southern flanks, or, it may be due to a higher rate of erosion by wave action from the north. Bathymetry indicated that Kasatochi is at the northern end of a 15-km-long, 6-km-wide submarine ridge that is normal to the trend of the Andreanof Islands. Water depths along the ridge are less than 90 m; if Kasatochi is constructed entirely on the ridge, the total height of the volcanic pile is only a little more than 400 m."
REFERENCES CITED
[1]
Catalog of the historically active volcanoes of Alaska, 1998