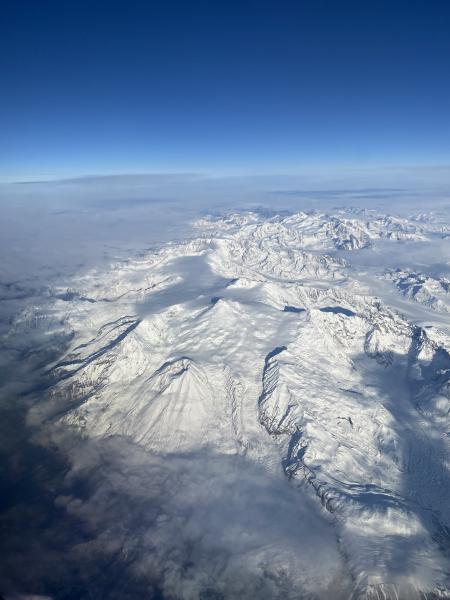 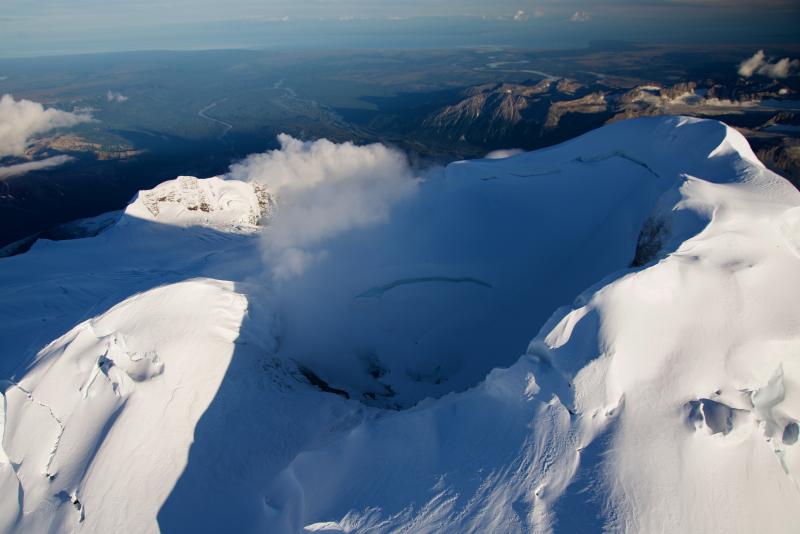 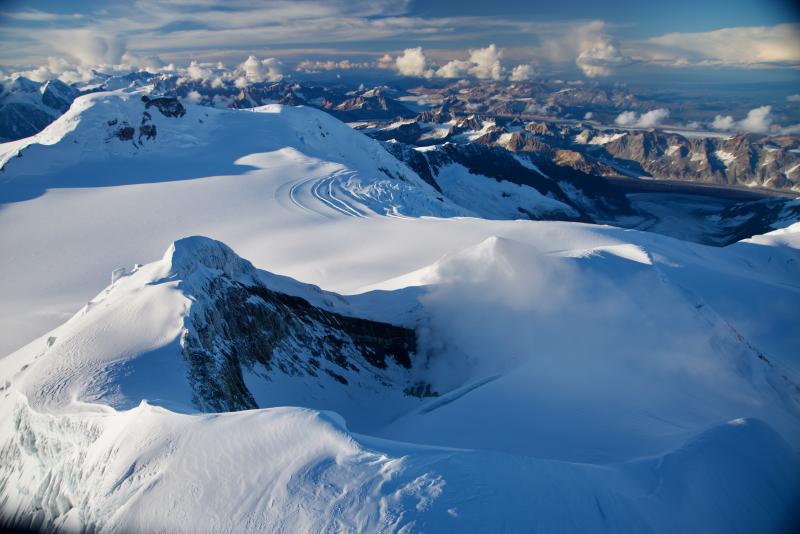 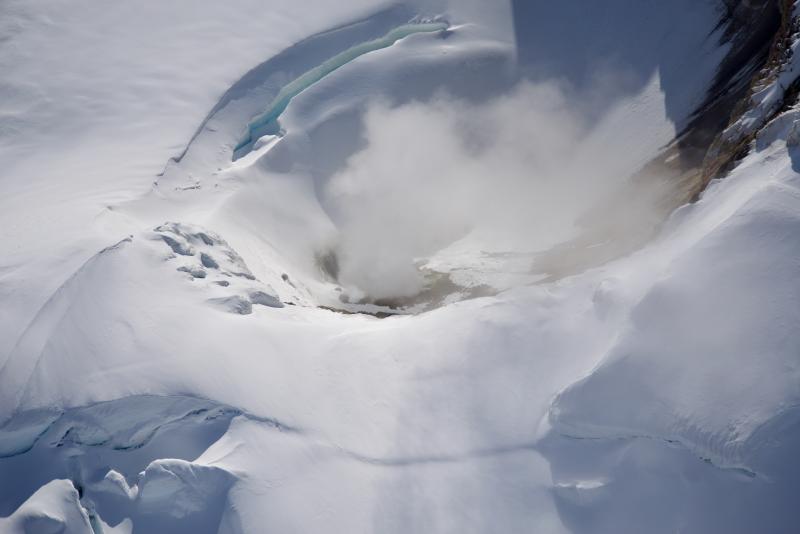 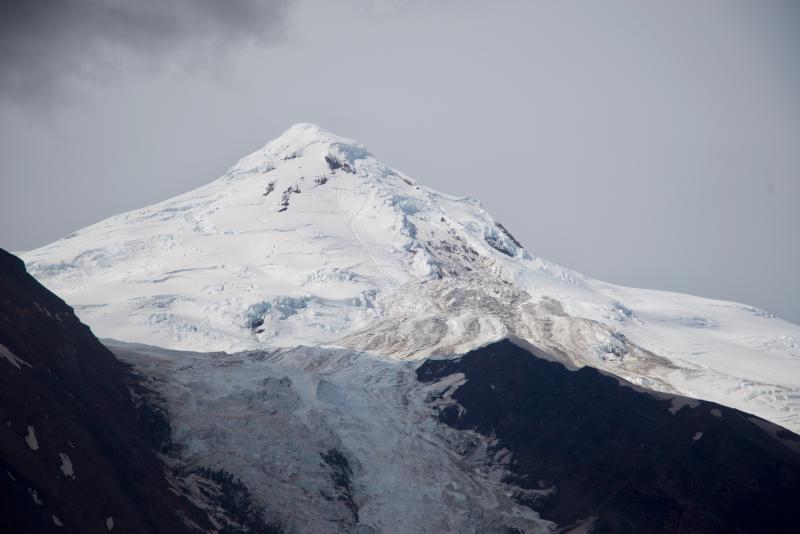 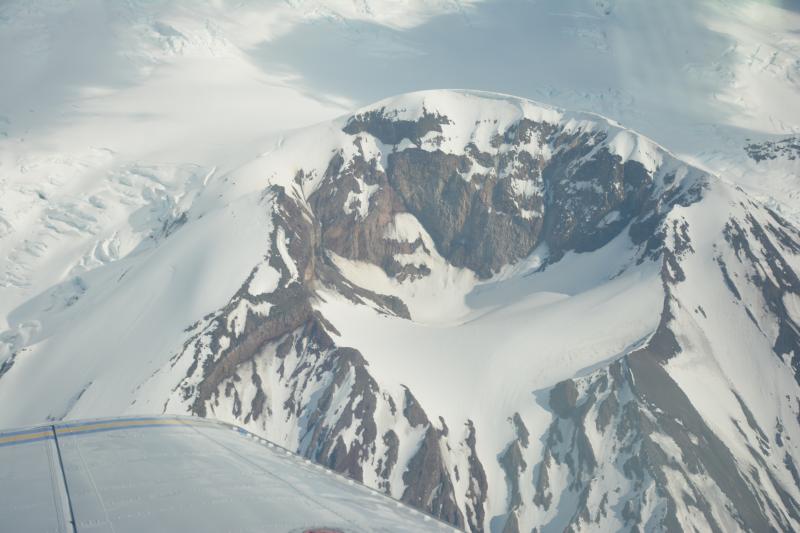 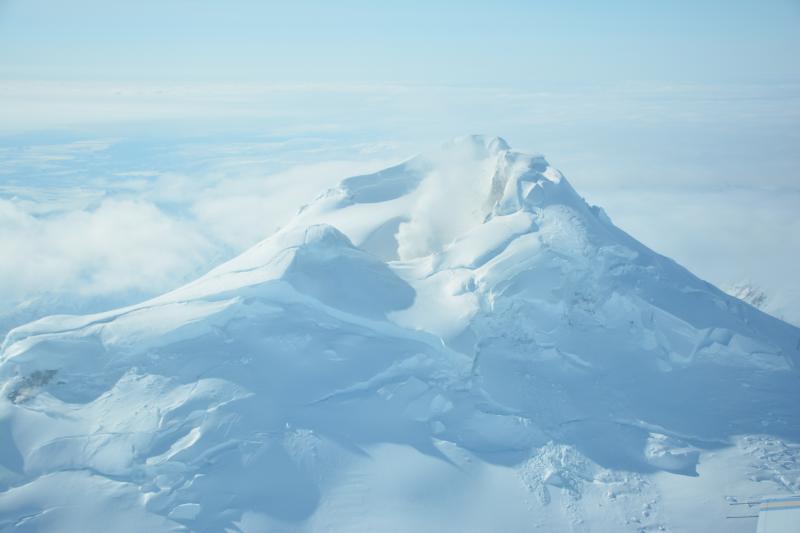 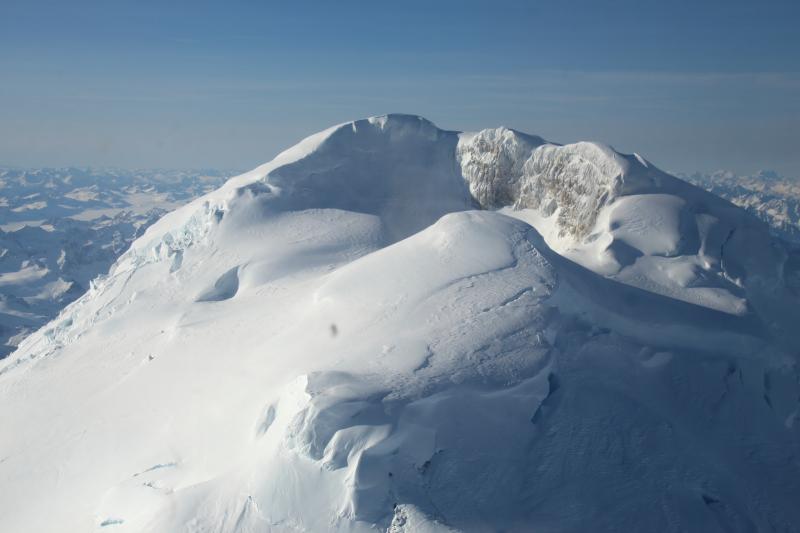 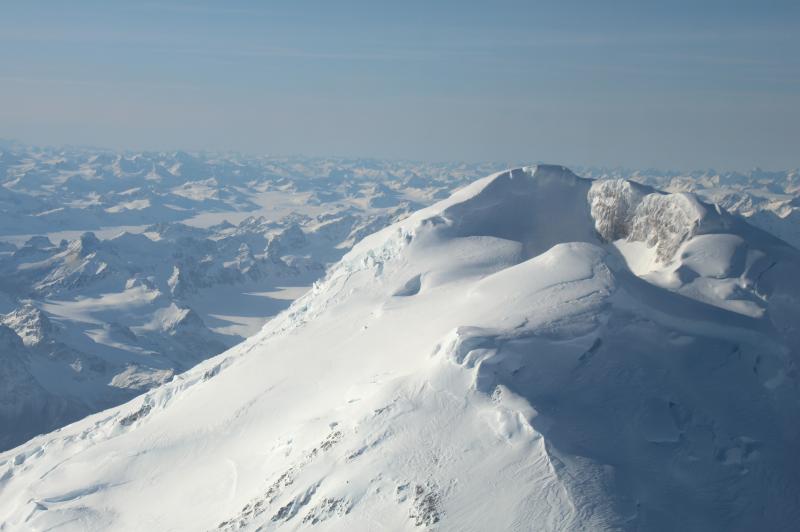 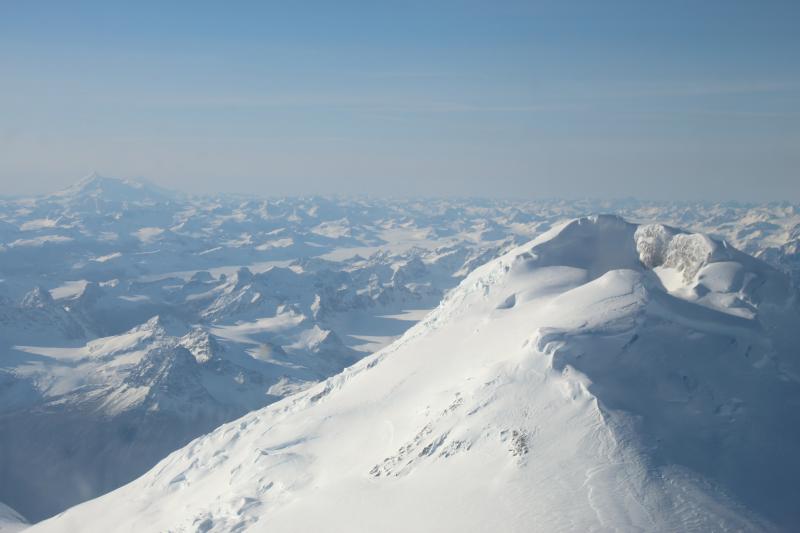 From Miller and others (1998) [1]: "Mount Spurr is a Quaternary stratovolcano located near the northeastern end of the Aleutian volcanic arc. It is the easternmost historically active volcano in the Aleutian arc and is the highest of several snow- and ice-covered peaks that appear to define a large, dissected stratovolcano [2]. "Capps (1929) [3] suggested that a summit caldera, largely buried by ice, is associated with Mount Spurr. Later, Juhle and Coulter (1955) [2] disagreed with the caldera interpretation suggesting that the peaks around Mount Spurr only coincidentally resemble the rim of a large subsidence structure. Most recent studies, however, suggest that ancestral Mt. Spurr, constructed during late Pleistocene time [4], was partially destroyed by a major Bezymianny-type eruption possibly as late as early Holocene time [5] [6]. The eruption produced a voluminous volcanic debris avalanche and subsequent pyroclastic flows that resulted in the formation of a 5- to 6-km-diameter explosion caldera. The volcanic debris avalanche contains blocks as much as 100 m in diameter and traveled a minimum of 25 km. The overlying pyroclastic flows are partially welded and are composed chiefly of high silica andesite. Present Mt. Spurr is the highest of several post-caldera, centrally located, ice-carved cones or domes. "The youngest volcanic feature at Mount Spurr is a satellitic cone, Crater Peak, located in the breach in the caldera about 3.2 km south of Mount Spurr. Crater Peak has a summit crater that is itself slightly breached along the south rim; the north wall of the crater exposes the truncated remains of an older dome or lava lake. Crater Peak has been the source of all Late Holocene eruptive activity at Mt. Spurr [5]. Before the 1992 eruption, a small crater lake occupied the bottom of the crater."
REFERENCES CITED
[1]
Catalog of the historically active volcanoes of Alaska, 1998 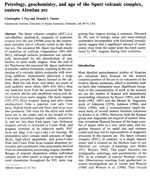