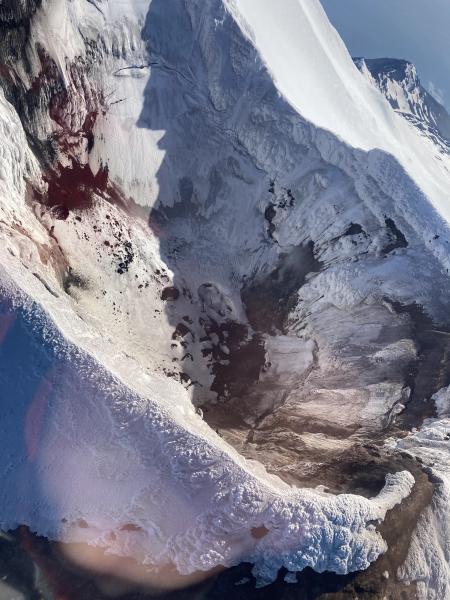 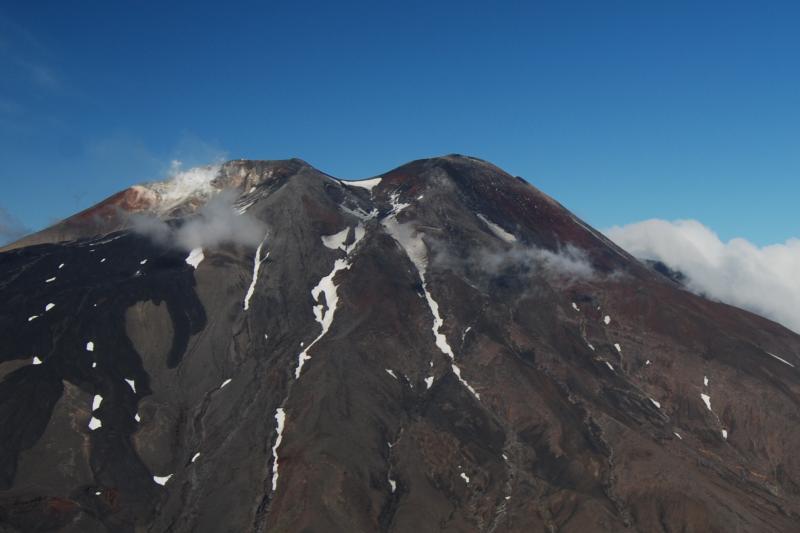 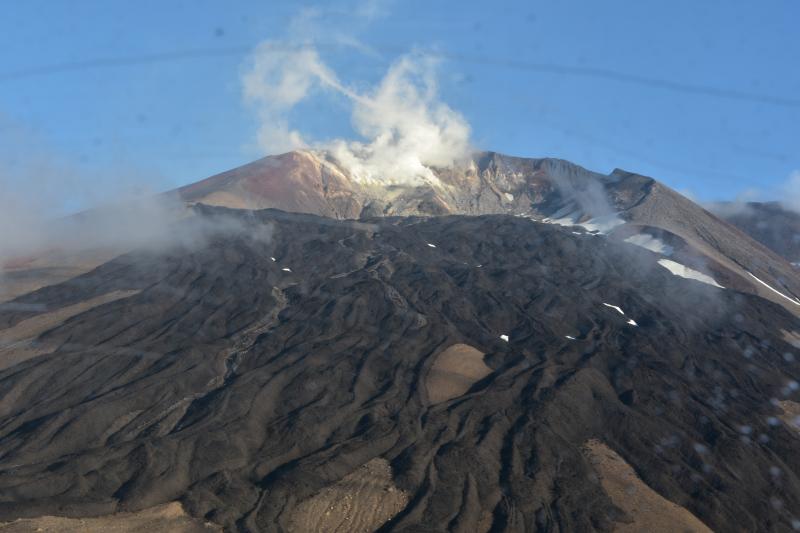 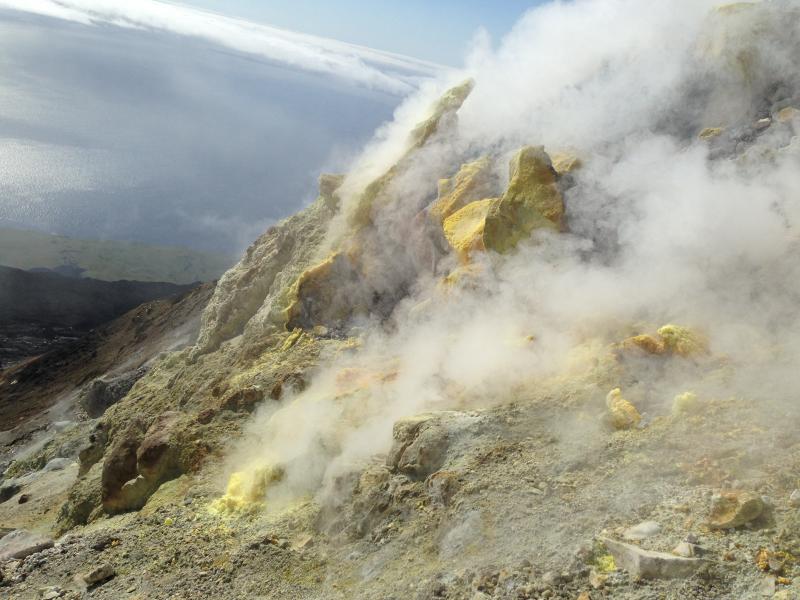 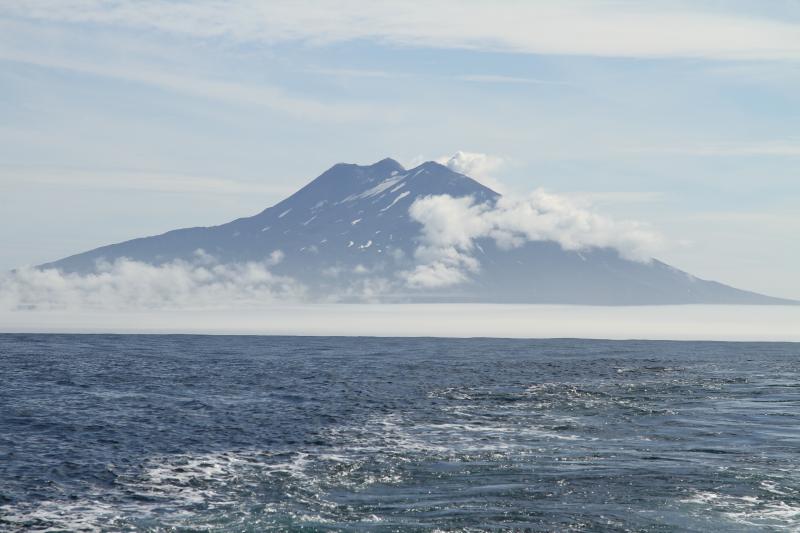 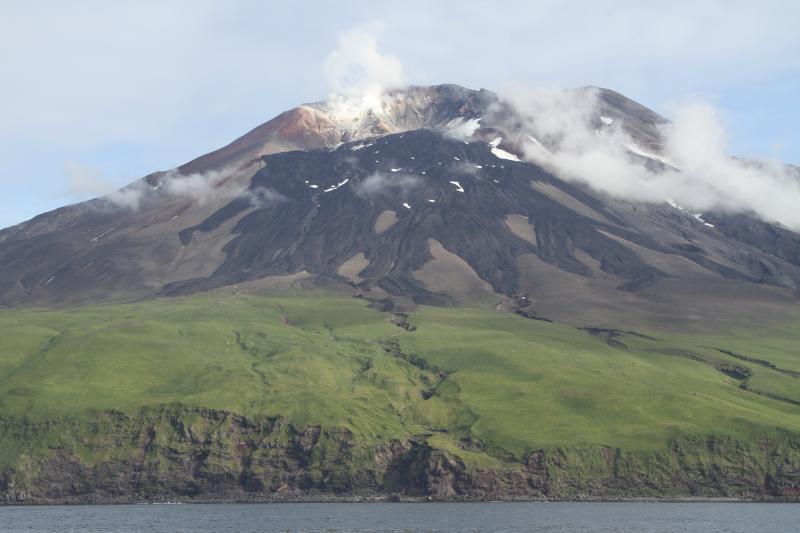 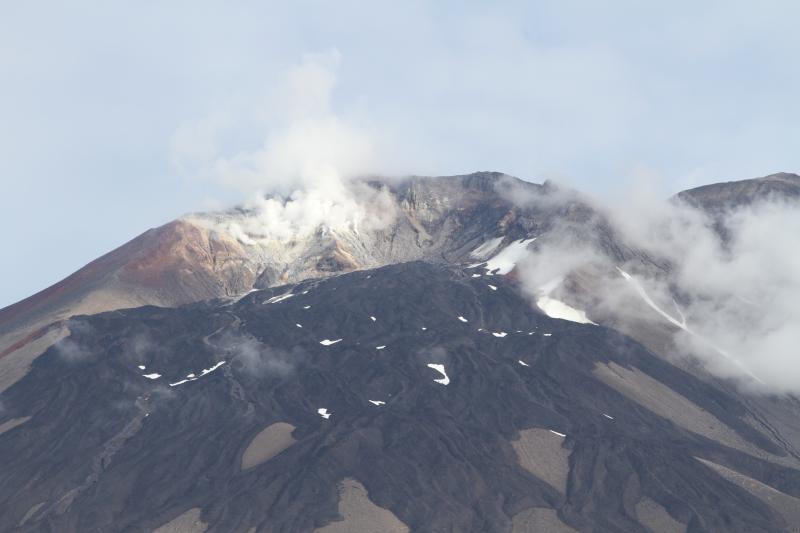 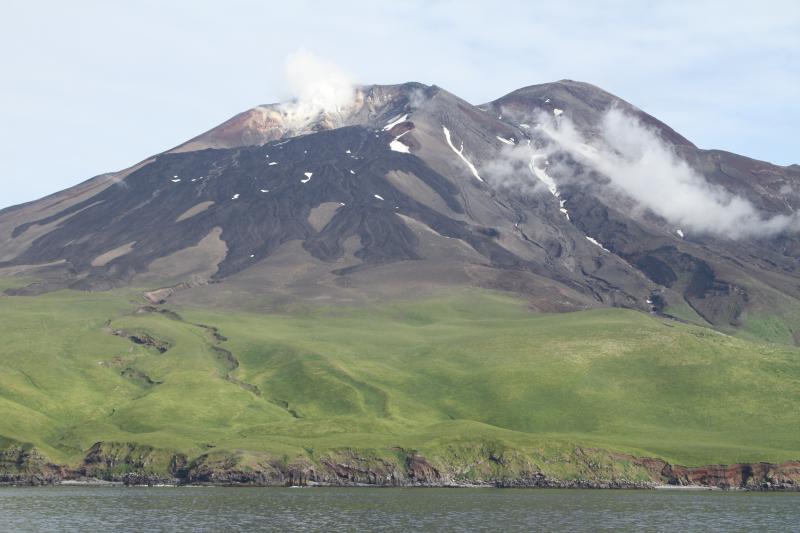 From Miller and others (1998) [1]: "Mount Gareloi, which makes up most of Gareloi Island, is a stratovolcano 10 km by 8 km in diameter at its base with two summits, separated by a narrow saddle. Two small glaciers extend northwest and southeast from the saddle. The northern, slightly higher peak is on the southern rim of a crater about 300 m across, which contains several active fumaroles. Thirteen younger craters, from 80 to 1600 m in diameter, are aligned along a south-southeast trending fissure that extends from strandline to the southern summit. These craters formed during a major explosive eruption in 1929 that also produced four blocky lava flows (unit Ql), and a blanket of glassy andesitic tuff that covers an area roughly 2.5 x 5 km on the volcano's southeast flank [2]. "The intercalated lava flows and pyroclastic debris that make up Gareloi volcano were produced during two periods of activity separated by an extended interval of quiescence and erosion. Lava flows range from 1 m to more than 6 m in thickness; some flows of the older sequence appear to have originated from flank vents rather than from the summit. Some valleys cut in older rocks are U-shaped, suggesting that the older series is of late Pleistocene age or older. Rocks of the younger series are relatively undissected; many appear to have been erupted form at or near the summit crater. Craters formed during the 1929 eruptions are probably only partly of phreatic origin; erupted material included essential, pumiceous glass, and reddened scoria. Lava flows that erupted in 1929 emerged at elevations below 600 m. In 1949, one crater at an elevation of 900 m, contained a small, milky blue-green lake, which suggests that acid fumaroles were still active in the crater at that time (Coats, 1959 [2], p. 253)."
REFERENCES CITED
[1]
Catalog of the historically active volcanoes of Alaska, 1998 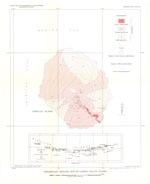