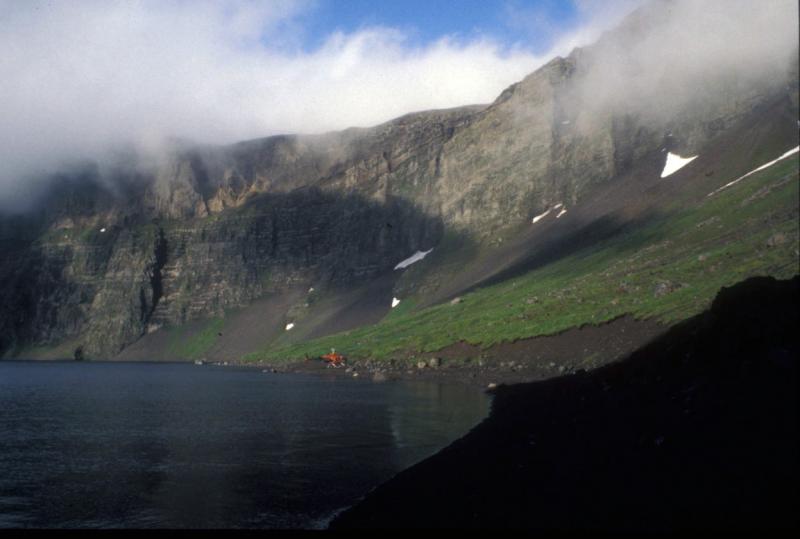 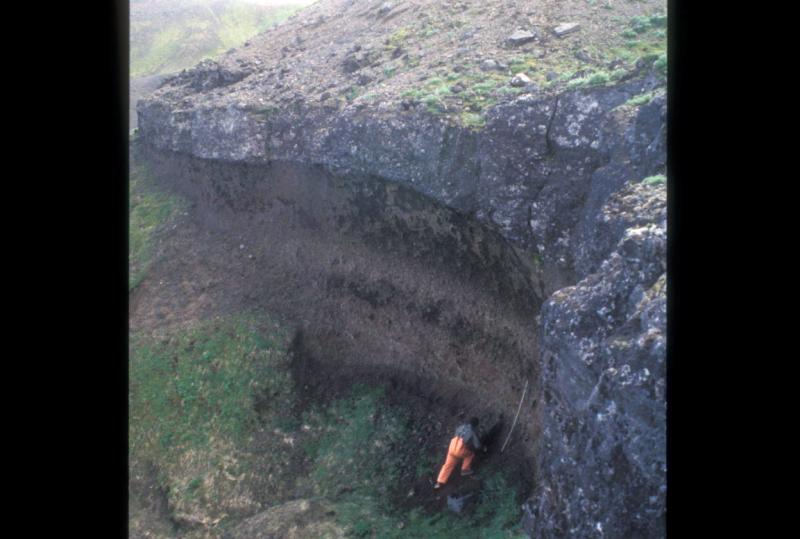 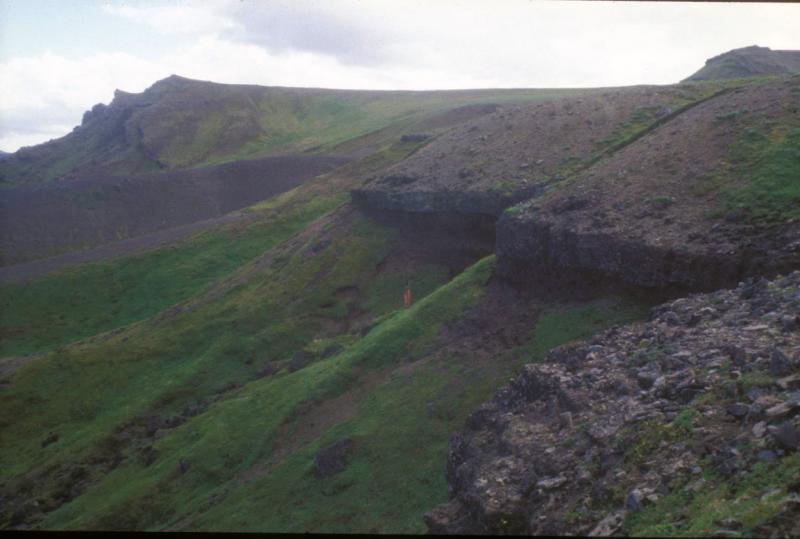 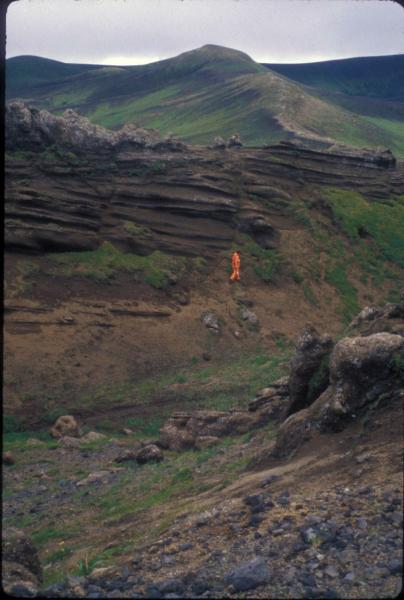 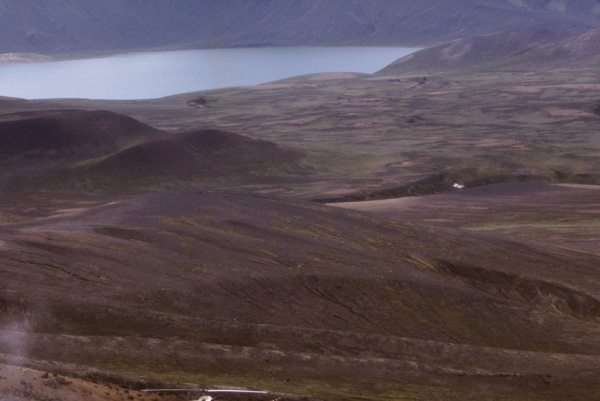 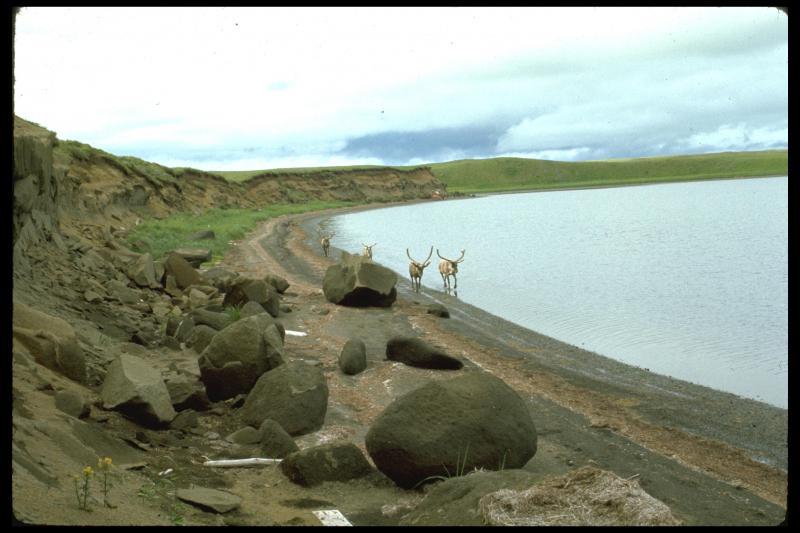 From Miller and others (1998): "Fisher caldera is 11 km wide by 18 km long, and has a maximum internal relief of 929 m. It is one of at least three volcanoes on Unimak Island that have been active in historical time. "The caldera is remarkable in size - one of the largest calderas in the Aleutian arc - and for the mobility of the ash flows that resulted from the caldera-forming eruption about 9100 years ago (Miller and Smith, 1977; 1987). The ash flows reached the Pacific Ocean 8 km to the southeast, and swept part way up the slopes of stratovolcanoes to the east and southwest. To the north, ash flows crossed 15 km of lowland to reach the Tugamak Range, surmounted drainage divides as much as 400 m above the lowland surface in the range, and continued northward an additional 8 km to the Bering Sea coastline. Miller and Smith (1977) inferred that the ash flows had unusually high velocities to cross such topographic barriers and suggested that the high velocities resulted by ash fall-back from a high eruption column. "Fisher caldera was the location of a large andesitic stratovolcano that was largely destroyed during caldera formation. Very little study has been done on the caldera itself. Post-caldera activity of Fisher caldera appears to consist of dome emplacement and eruption of lava flows and associated pyroclastic material, some of which may be historical in age (Miller and Smith, 1977)."
Contact AVO Privacy Accessibility Information Quality FOIA
URL: avo.alaska.edu/volcanoes/volcinfo.php
Page modified: September 29, 2020 12:19
Contact Information: AVO Web Team