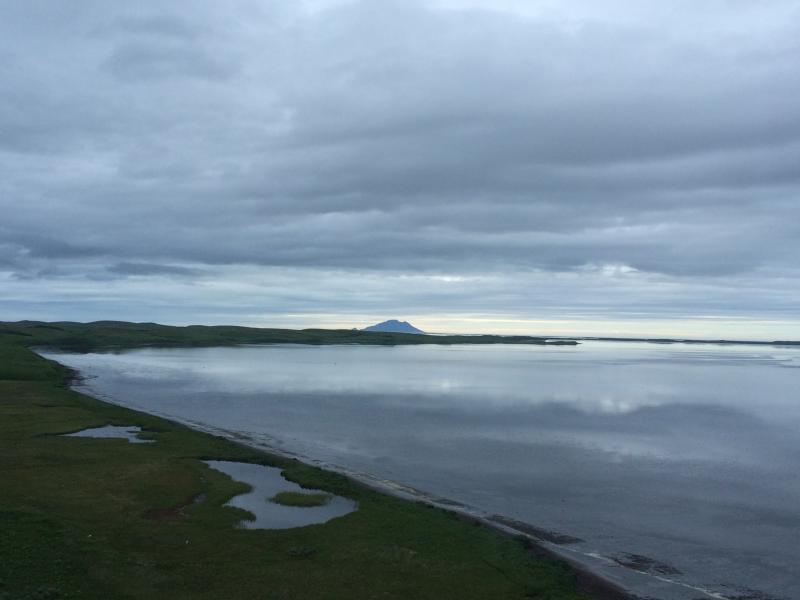 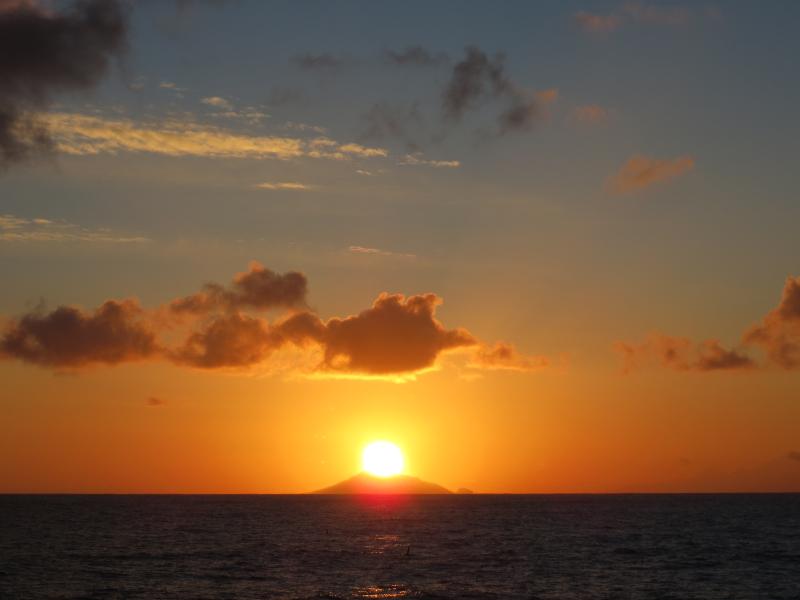 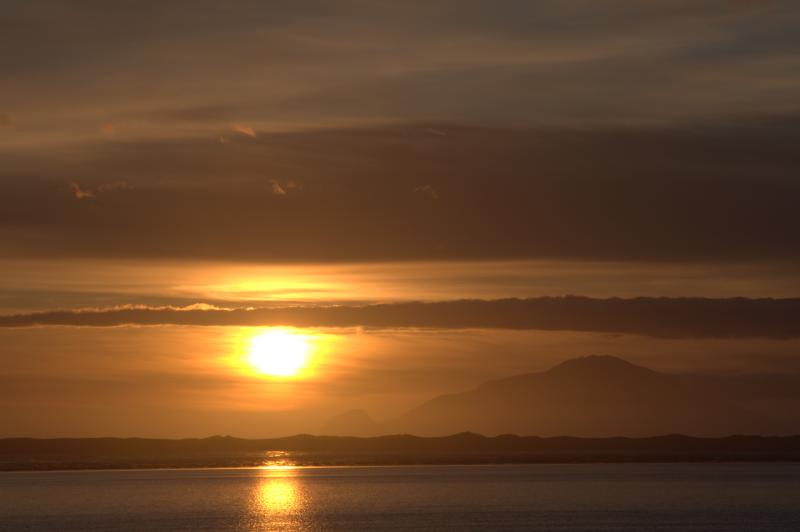 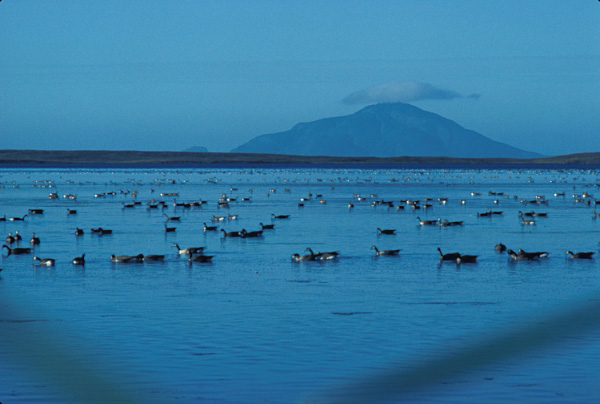 From Wood and Kienle (1990) [1]: "Amak is a small (~1 cubic km), young volcano in the Bering Sea some 50 km north of Frosty Peak volcano at Cold Bay at the western tip of the Alaska Peninsula. It is unusual in its position, which is significantly north of the main Aleutian volcanic front; Bogoslof, some 250 km west, is the only other such Aleutian volcano. In overall character, Amak is much like a large volcanic dome except that it has a well-formed crater from which granular, blocky leveed flows have erupted in historic times. The earlier volcanism, perhaps some 4,000-5,000 yr ago, consisted mostly of thin (~3 m) platy to massive andesite. U-shaped valleys in the older series of flows indicate significant glaciation during the latest ice phase some 6,700 yr BP. The southern margin of Amak is a grassy, apparently wave-cut alluvial plain, which contains a flat-bottomed crater with a distinct upturned rim, which may be a maar. Amak lavas are similar in overall composition to those of the Cold Bay volcanic center except in a small but significant higher concentration of potash in Amak rocks."
REFERENCES CITED
[1]
Volcanoes of North America: United States and Canada, 1990
Wood, C. A., and Kienle, Juergen, (eds.), 1990, Volcanoes of North America: United States and Canada: New York, Cambridge University Press, 354 p.
Contact AVO Privacy Accessibility Information Quality FOIA
URL: avo.alaska.edu/volcanoes/volcinfo.php
Page modified: September 29, 2020 12:19
Contact Information: AVO Web Team