Semisopochnoi
You are here: Home
OTHER US OBSERVATORIES 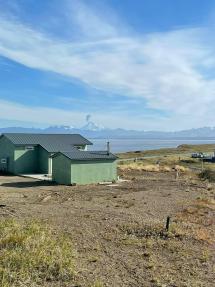 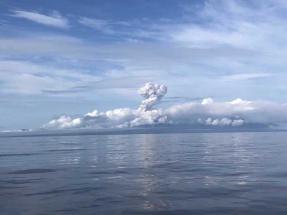 Get these reports emailed to you: USGS VNS

Eruptive activity continues at the north crater of Mount Cerberus. Explosions and tremor were detected in seismic and infrasound data over the past day. Low level (<5000 ft) robust steam plumes and short-lived ash emissions were observed in partly cloudy satellite and webcam imagery over the course of the day.

Small eruptions producing minor ash deposits within the vicinity of the active north crater of Mount Cerberus and ash clouds usually under 10,000 feet above sea level have characterized the recent activity, which shows no signs of abating. Small explosions may continue to occur and could be difficult to detect, especially during poor weather conditions.

Geophysical and web camera data streams returned overnight after a week-long outage. Seismicity remains slightly elevated and no explosive activity has been observed in seismic or infrasound data over the past day. Clouds obscured satellite and web camera images of the volcano, but lava effusion likely continues.

There is no indication of how long lava effusion will continue during the current eruption, and it is possible that explosive activity could occur with little or no warning.

Seismicity remains elevated, with tremor and small explosions detected over the past day. Clouds have obscured satellite and web cameras views, but these explosions likely produced short-lived low-level ash emissions.

Small explosions accompanied by low-level ash emissions could happen at any time, and are typically a hazard in the immediate vicinity of the summit. The level of unrest at Pavlof can change quickly and the progression to more significant eruptive activity can occur with little or no warning.

Information on all Alaska volcanoes is available at : http://www.avo.alaska.edu.