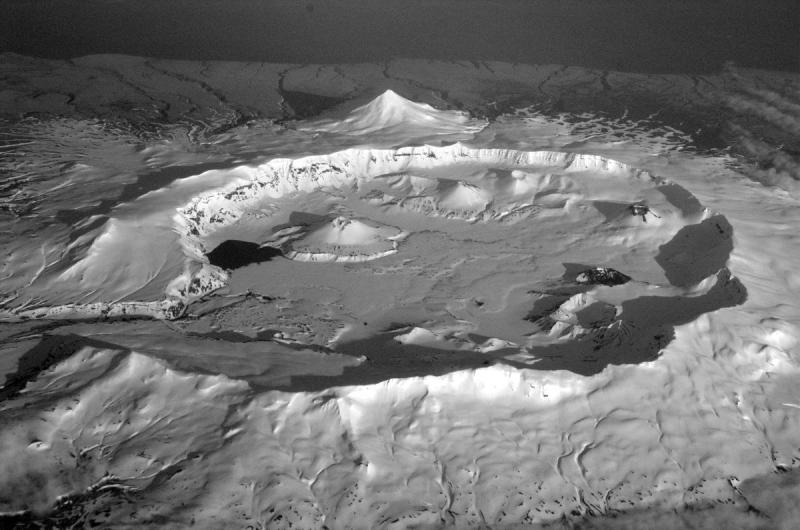 Okmok Caldera as viewed from an Alaska Airlines jet in early June, 2007. Okmok caldera is a nearly circular, 500- to 800-m-deep, 8- to 10-km-diameter collapse crater that truncates an older volcanic edifice. The current caldera formed about 2000 years ago. Since then, numerous eruptions from vents on the floor of the caldera have produced a variety of cones, craters, lava flows, and other volcanic features. As of October, 2009, Okmok last erupted in 2008 and is one of the most active volcanoes in the Aleutians.
Citation Information:
Image courtesy of AVO/USGS.
Please cite the photographer and the Alaska Volcano Observatory / U.S. Geological Survey when using this image.To obtain a high-resolution image, open the full size page. Then, right click on the image and click "Save Image As..." or "Save Picture as..."
Contact AVO Privacy Accessibility Information Quality FOIA
URL: avo.alaska.edu/images/image.php
Page modified: December 23, 2019 16:01
Contact Information: AVO Web Team