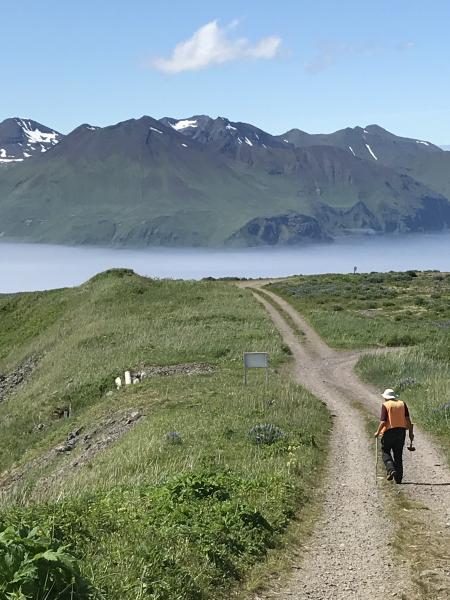 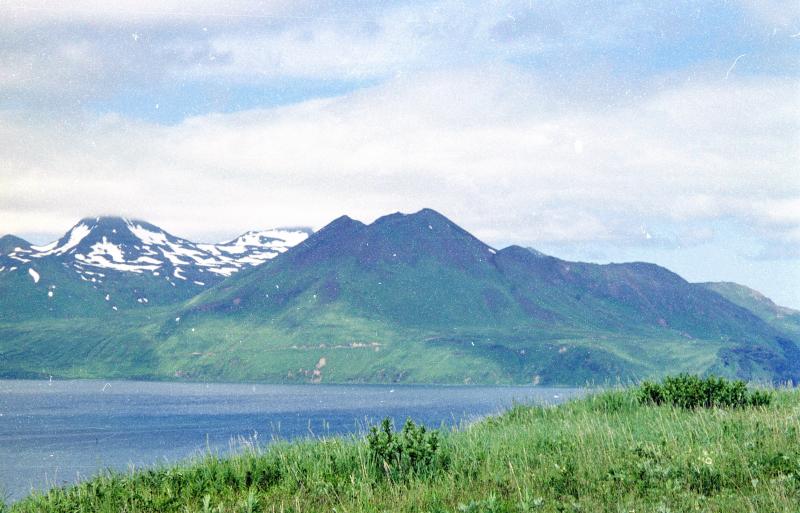 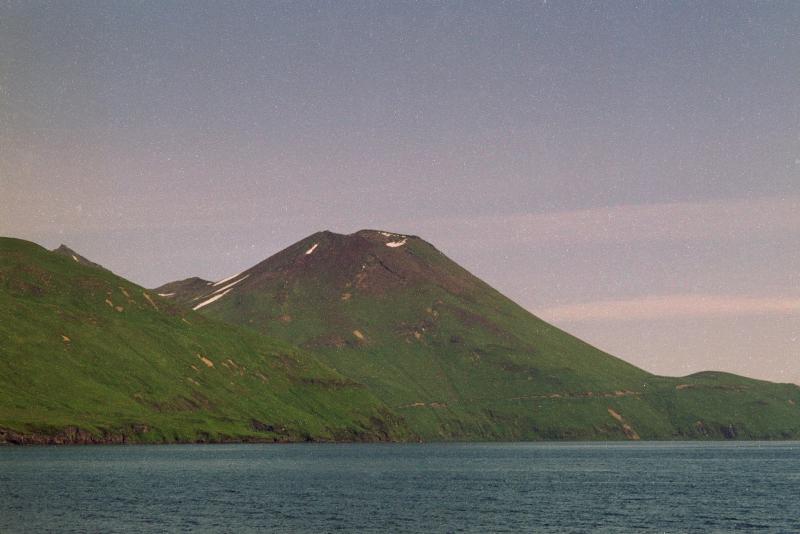 From Miller and others (1998) [1]: "Wide Bay cone, a small symmetric cone with an oval summit crater, occupies the northwest edge of Unalaska Bay." Wide Bay cone is Holocene in age, and is considered to represent a magmatic system separate from that of Makushin Volcano (Nye, personal commun., 2007). From McConnell and others (1998) [2]: "Basaltic tephra and lava flows form the monogenetic Wide Bay Cone near Eider Point, the easternmost volcano of the Makushin volcanic field. Both tephra and lava flows are dominated by up to 20 vol.% of large, single phenocrysts and glomerocrysts of clinopyroxene. The clinopyroxene is zoned and may reach 4 mm in diameter. Additional important phenocryst phases include plagioclase (15 to 19 vol.%), olivine (1 to 5 vol.%), and minor magnetite in a microlite-rich, sideromelane groundmass. Lowermost flows at the base of the cone are glacially striated although the cone remains well shaped with the summit vent depression preserved."
REFERENCES CITED
[1]
Catalog of the historically active volcanoes of Alaska, 1998