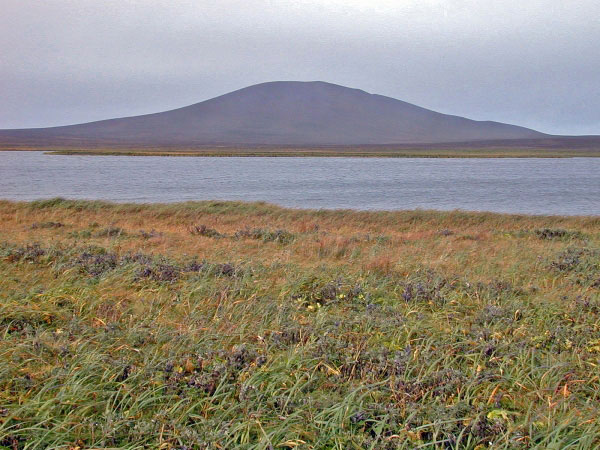 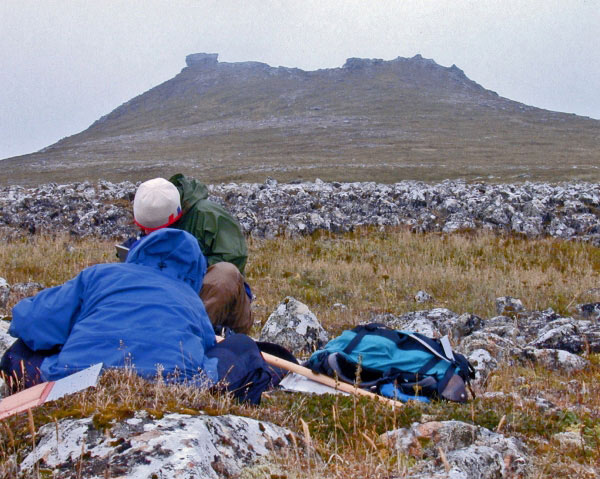 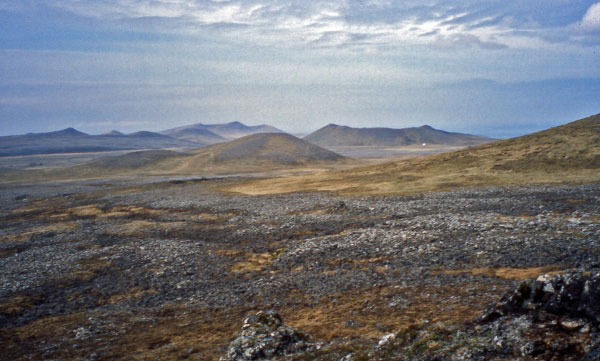 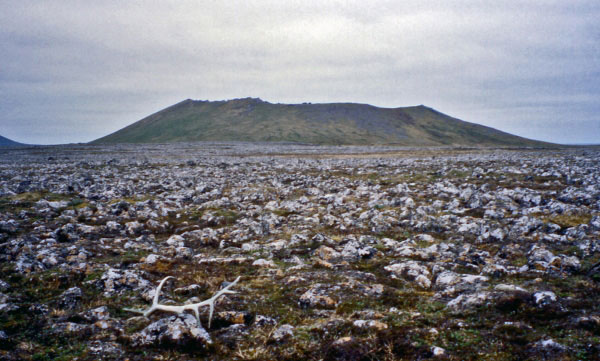 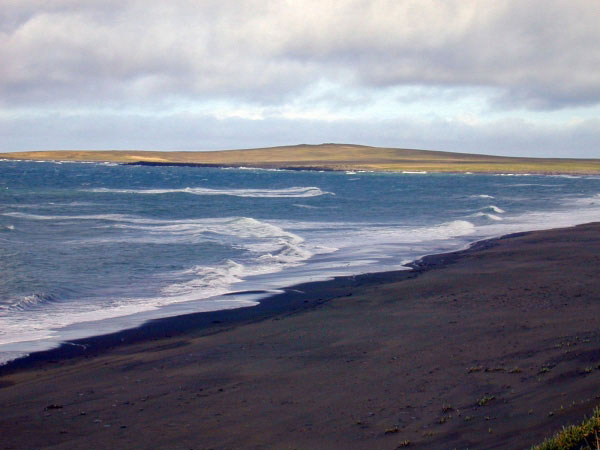 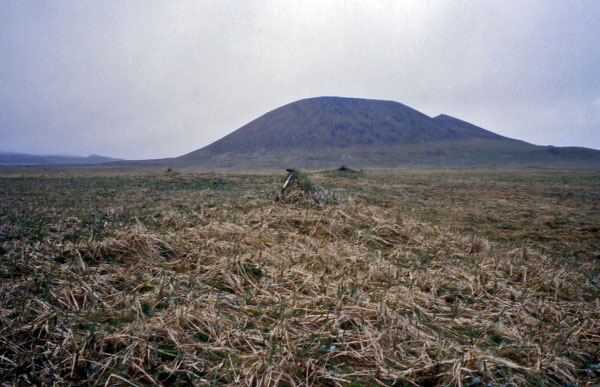 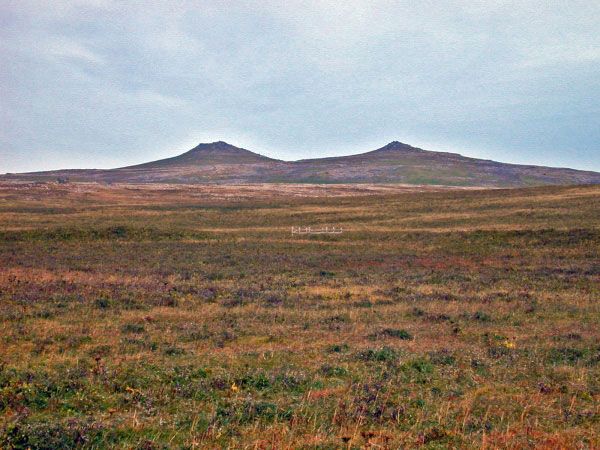 From Wood and Kienle (1990) [1]: "St. Paul is the largest of the Pribilof Islands, the emergent parts of a lava-topped structural high on the western edge of the Bering Sea shelf. St. George Island is described elsewhere in this volume; Otter and Walrus Islands and Sea Lion Rock are smaller volcanic islands of unknown age in the group. Most of St. Paul consists of coalescing small volcanoes, each composed of a central cinder cone and a surrounding shield of Quaternary lava flows. Most flows are of the pahoehoe type, but at least three are aa. "There is no evidence of glaciation on St. Paul, but the youthful volcanic topography has been modified by frost action, deposition of wind-blown sand, faulting, and perhaps, folding. A lava flow near Tolstoi Point has been broken up by closely spaced and gaping tectonic faults and fissures as much as 30 m deep, 50 m wide, and hundreds of meters long. "The lava flows are interbedded with marine sediments, and pillow lava is exposed in Einahnuhto Bluffs (western St. Paul). Eolian and colluvial sediments are also interbedded with or cover many of the flows. Most of the northern and eastern parts of the island are covered by wind-blown sand. "The cinder cones or cone complexes rise 30-100 m above their bases; 12-15 cones or cone complexes exceed 0.5 km in basal diameter. The cones are composed of pyroclastic material that includes primarily basaltic tuff; there is one rare occurrence of rhyolitic pumice in the central eastern part of the island. A maar is exposed in cross-section at Black Bluffs (east of the village of St. Paul), and many flows are patchily zeolitized, a process that may have occurred during initial cooling. A tuffaceous marine gravel at the base of Black Bluffs that hosts Pliocene diatom flora indicates a history of Miocene or Pliocene volcanism."
REFERENCES CITED
[1]
Volcanoes of North America: United States and Canada, 1990
Wood, C. A., and Kienle, Juergen, (eds.), 1990, Volcanoes of North America: United States and Canada: New York, Cambridge University Press, 354 p.
Contact AVO Privacy Accessibility Information Quality FOIA
URL: avo.alaska.edu/volcanoes/volcinfo.php
Page modified: July 16, 2018 11:57
Contact Information: AVO Web Team