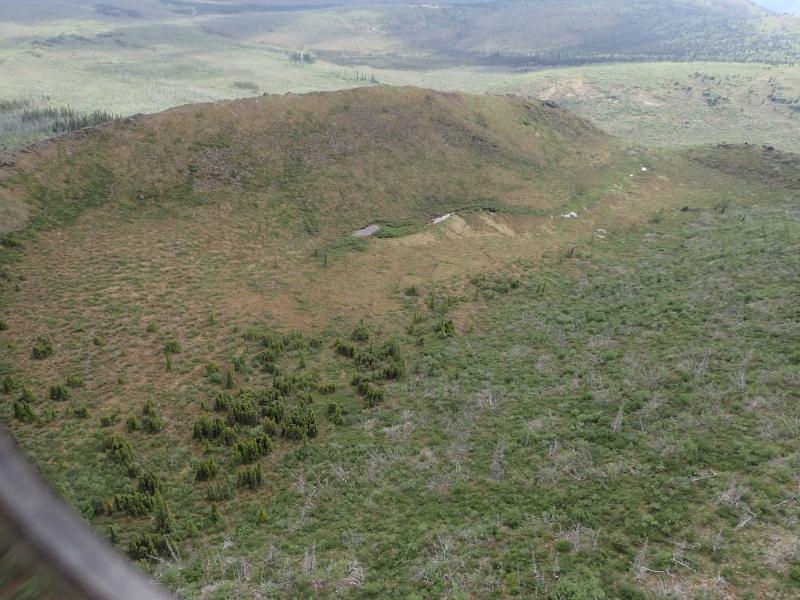 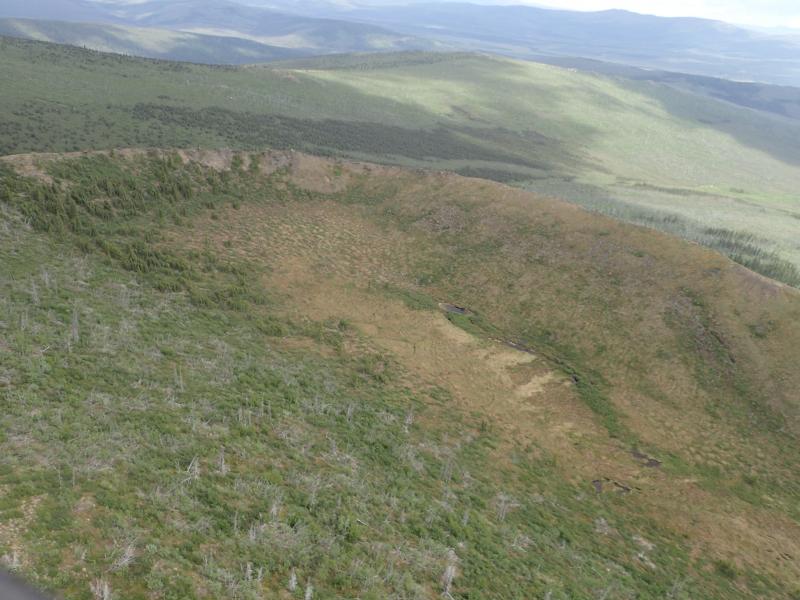 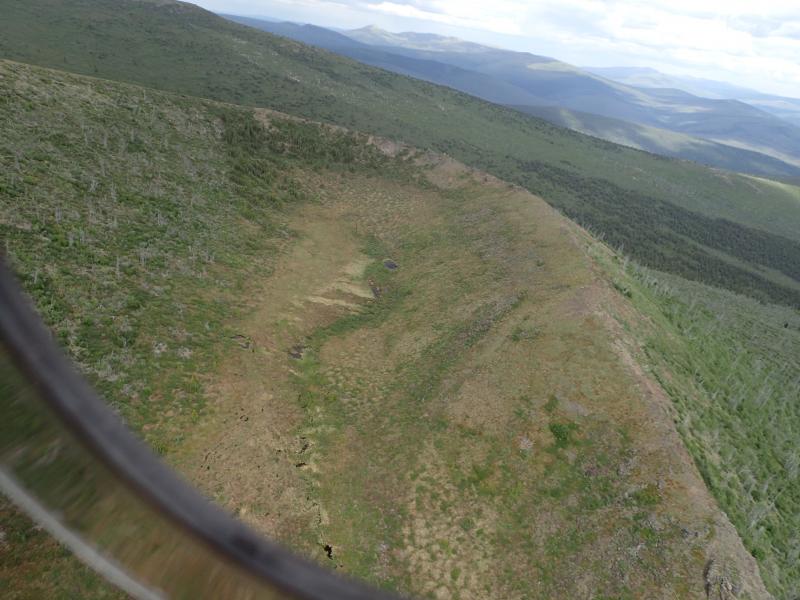 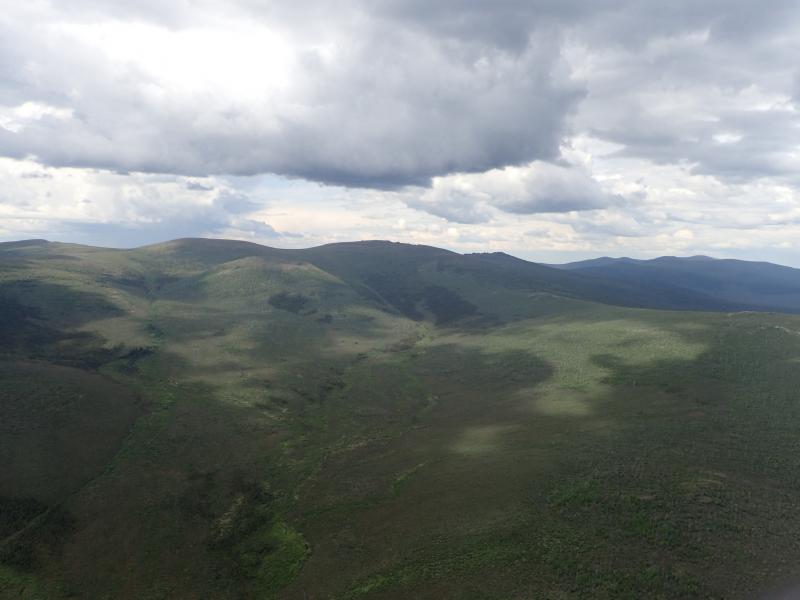 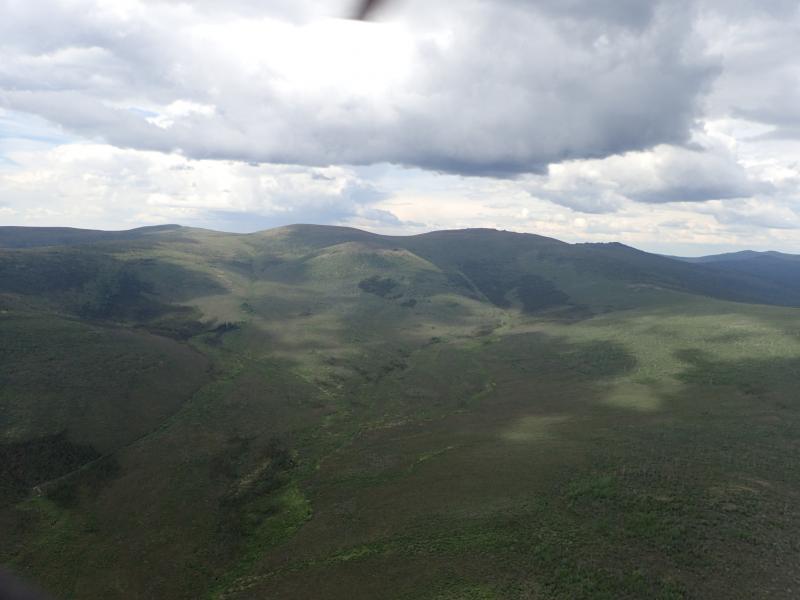 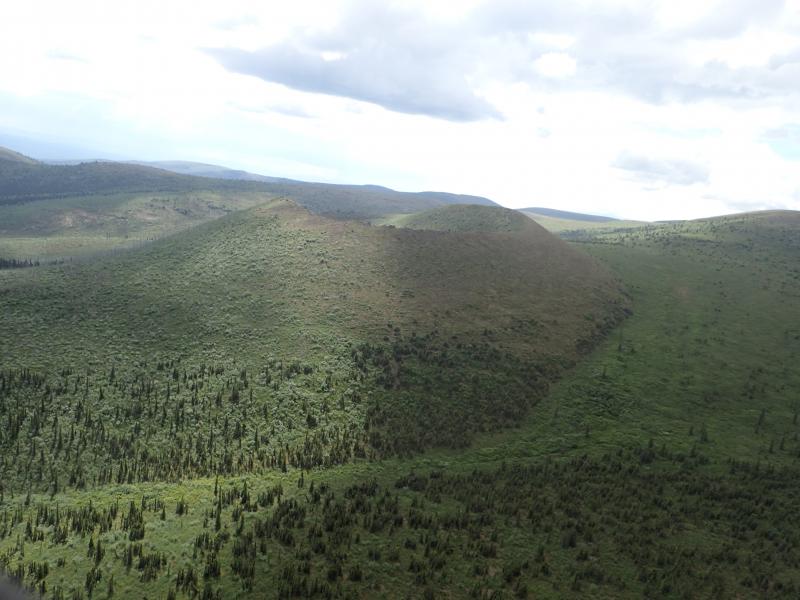 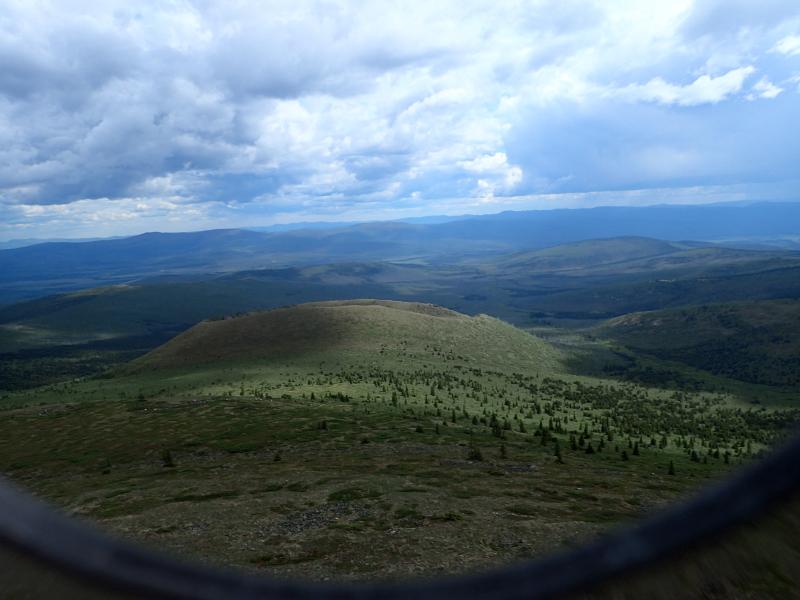 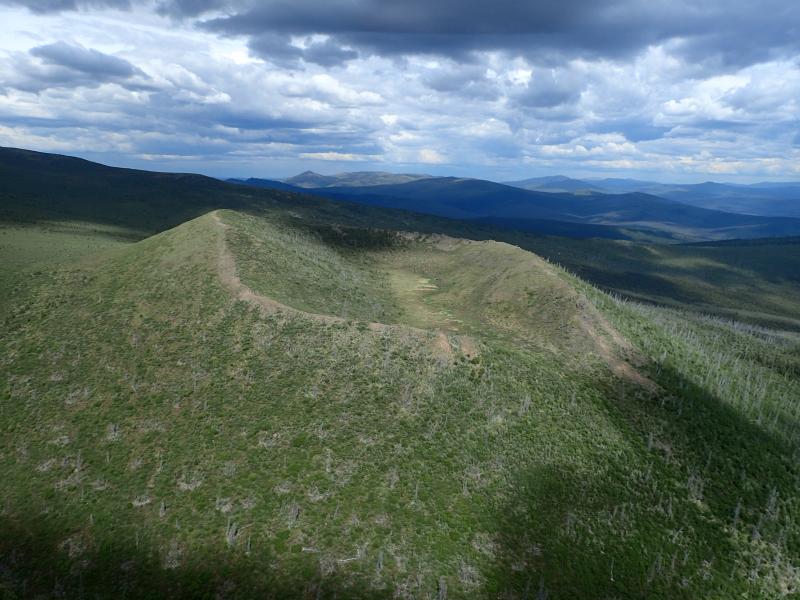 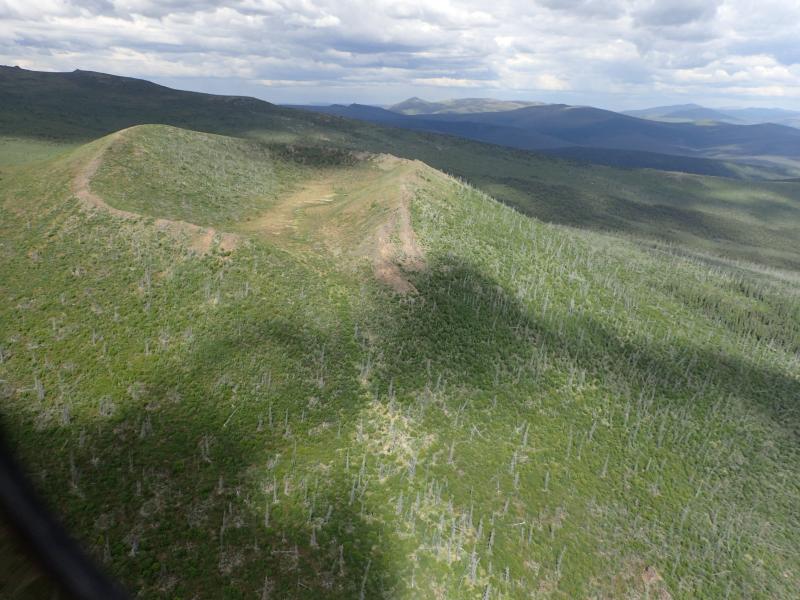 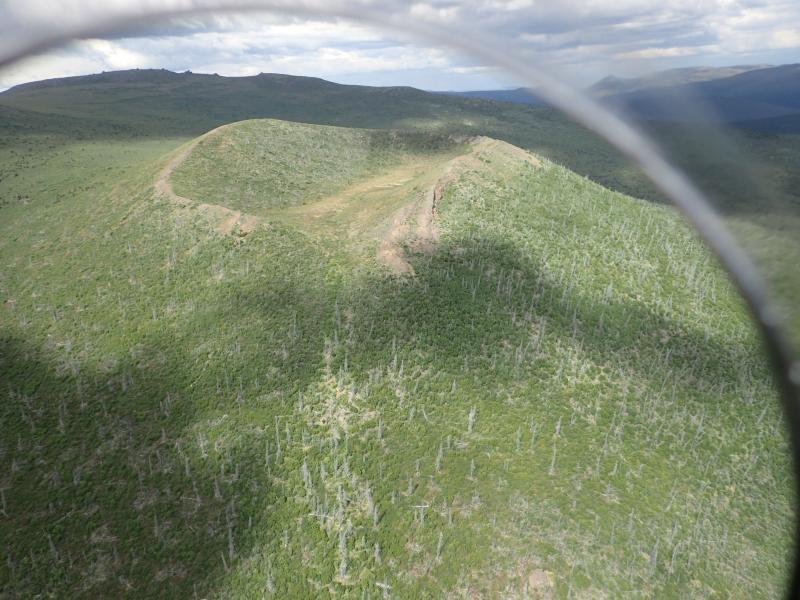 From Wood and Kienle (1990) [1]: "Prindle volcano is a small isolated basaltic cone in the midst of the metamorphic and granitic terrane of the Yukon-Tanana upland, east-central Alaska. The cone is ~900 to 1,000 m in diameter at its base and has as crater ~90 m deep, which is breached on the south. A lava flow extends from the breached crater ~6.4 km to the southeast, where it turns southwest and continues an additional 4.8 km in a river valley. "The cone and lava flow are vesicular basanite, rich in phenocrystal and xenocrystal olivine as well as inclusions of peridotite ranging up to 13 cm in diameter. Fragments of crystalline schists of the granulite facies with gneissose structure also occur as inclusions, but are less abundant than peridotite inclusions." Blondes and others (2007) [2] report an eruption age for Prindle of 176,000 years, +/- 16,000. Andronikov and Mukasa (2010) [3] report a 40Ar/39Ar age of 200,000 years, +/- 60,000.
REFERENCES CITED
[1]
Volcanoes of North America: United States and Canada, 1990
Wood, C. A., and Kienle, Juergen, (eds.), 1990, Volcanoes of North America: United States and Canada: New York, Cambridge University Press, 354 p.
[2]
Dating young basalt eruptions by (U-Th)/He on xenolithic zircons, 2007 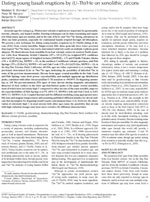