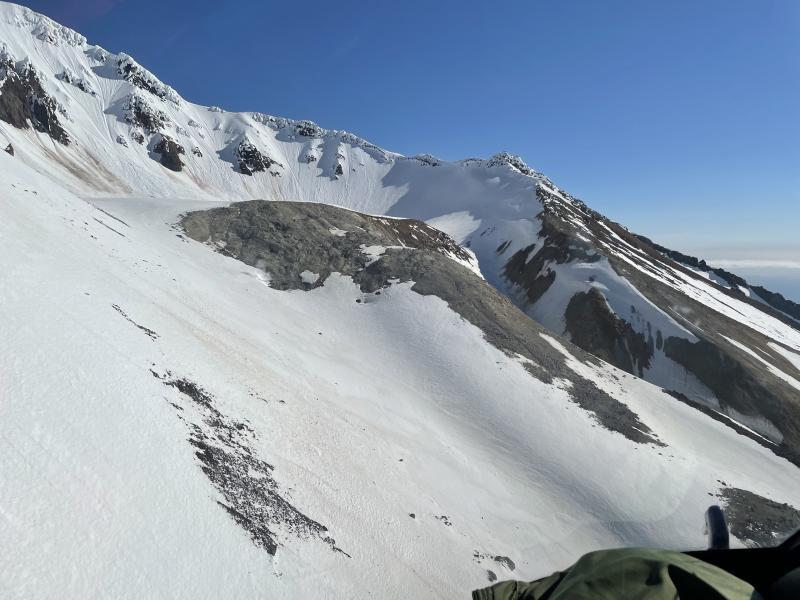 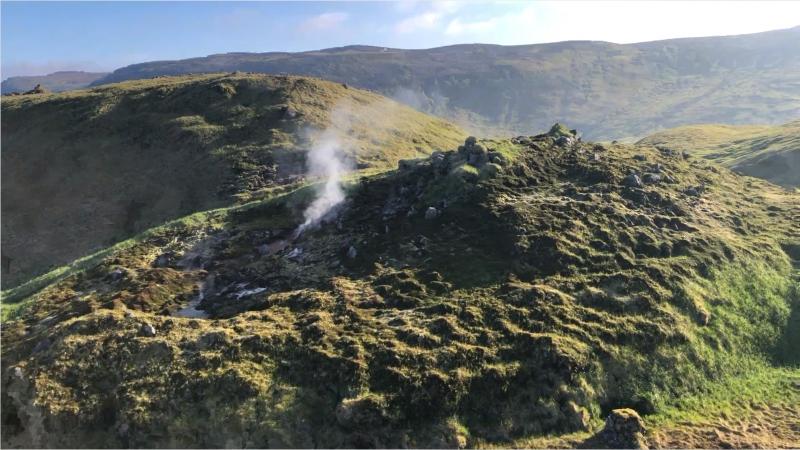 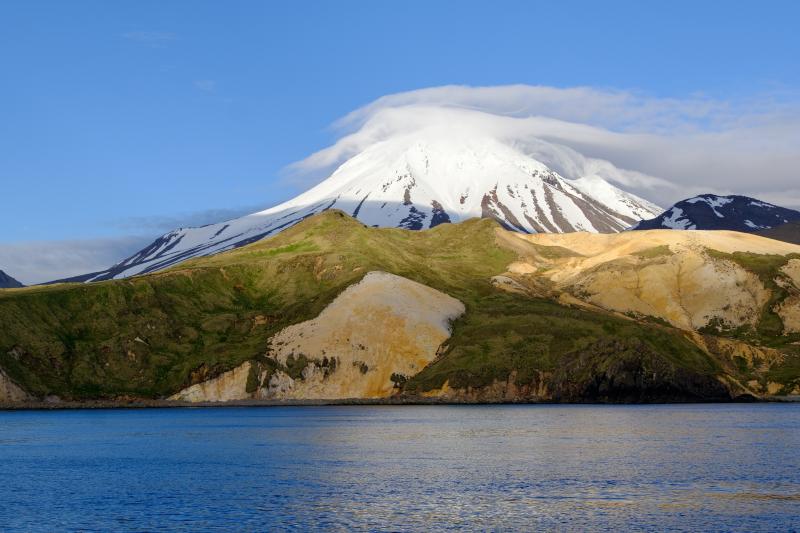 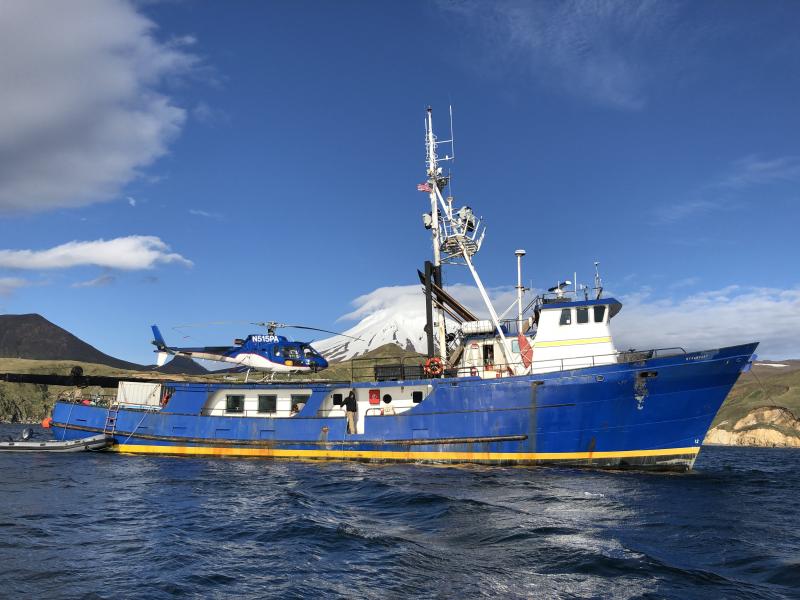 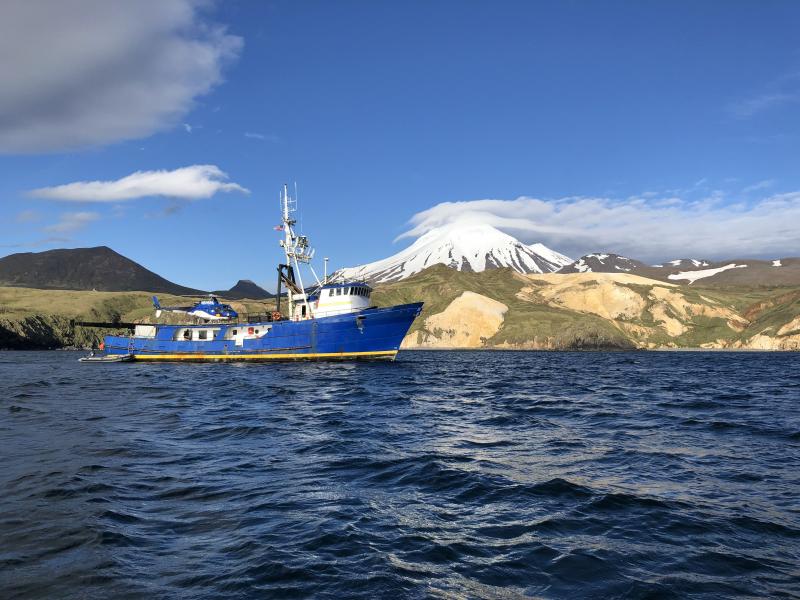 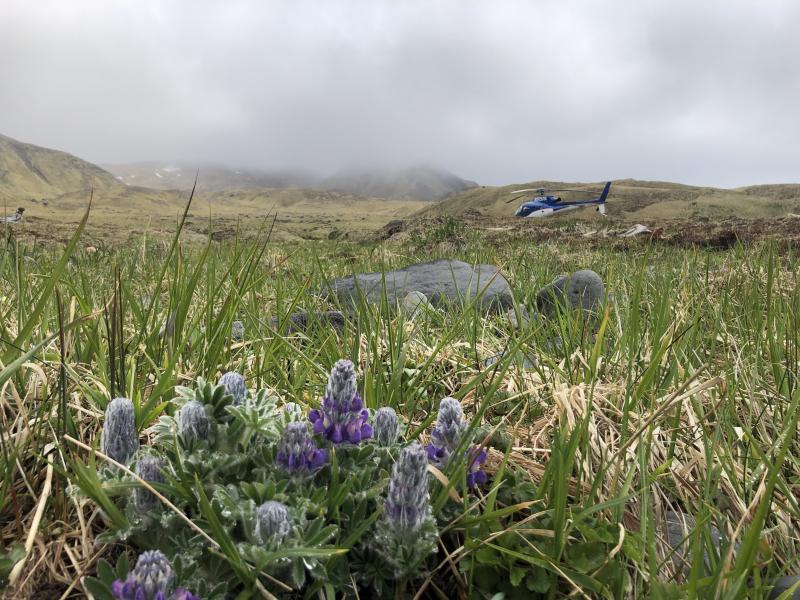 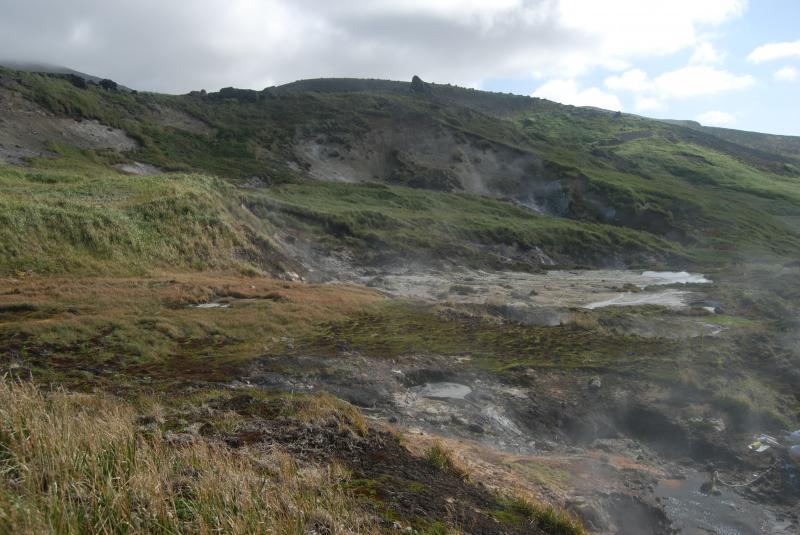 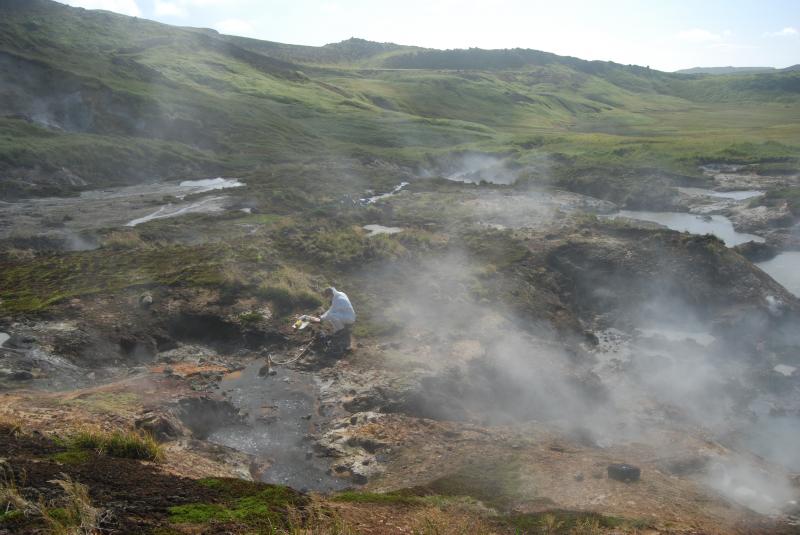 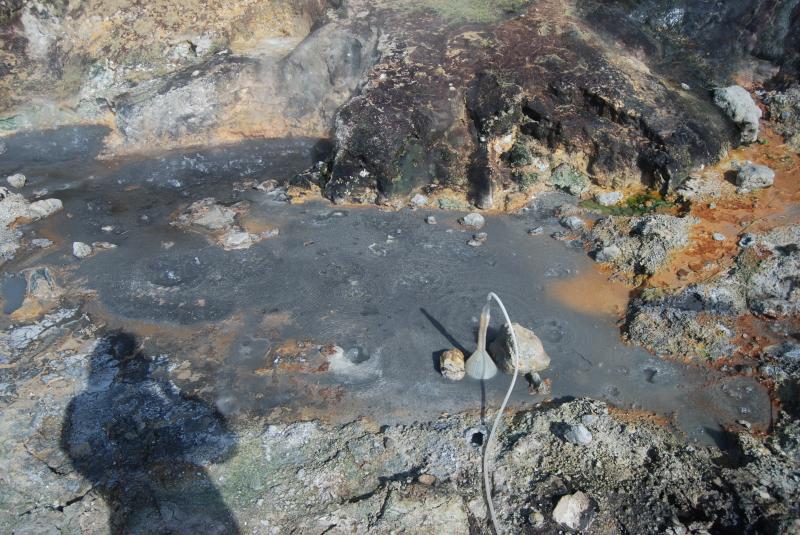 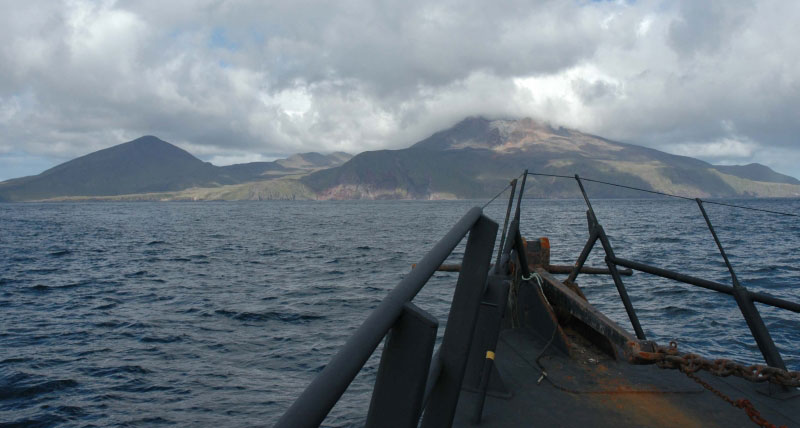 From Miller and others (1998) [1]: "The active stratovolcano on Little Sitkin Island occurs within the eroded remnants of a nested double caldera of probable late Pleistocene age. The older caldera (Caldera One) is about 4.8 km in diameter and is centered slightly northeast of the island's midpoint. The caldera formed at the site of a large stratovolcano, the remnants of which are the oldest rocks exposed on the island (unit Qtw [2]). "A second stratovolcano was constructed almost entirely of lava flows (unit Qd) within Caldera One and attained a height of about 900 m. A cataclysmic eruption, possibly in early post-glacial time, resulted in the formation of a second, smaller caldera (Caldera Two) that partially destroyed this cone. Caldera Two is elliptical in outline and measures 2.7 by 4 km; the inferred eastern and southern margins are coincident with those of Caldera One. Field relations suggest that the northern boundary of Caldera Two is a hinge along which a large block, comprising most of the Caldera One stratovolcano, was tilted southward during the caldera eruption. The highest peak on the island is on the post-caldera remnant of the second cone. "A deposit of partly welded tuff up to 100 m thick (unit Qp) extends from the remnant cone northwest across the Caldera Two boundary fault, to slightly beyond the inferred location of the Caldera One boundary fault. The deposit is thought to have been emplaced by one of more pyroclastic flows, possibly associated with formation of Caldera Two [2]. "Post-Caldera Two deposits are mainly lava flows (units Qls, Qlp, and Qlw). Two relatively recent aa flows have well developed levees; one originated from the breached central crater of Little Sitkin volcano, and the other from a fissure along the western trace of the Caldera One boundary fault [2]."
REFERENCES CITED
[1]
Catalog of the historically active volcanoes of Alaska, 1998 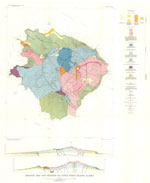