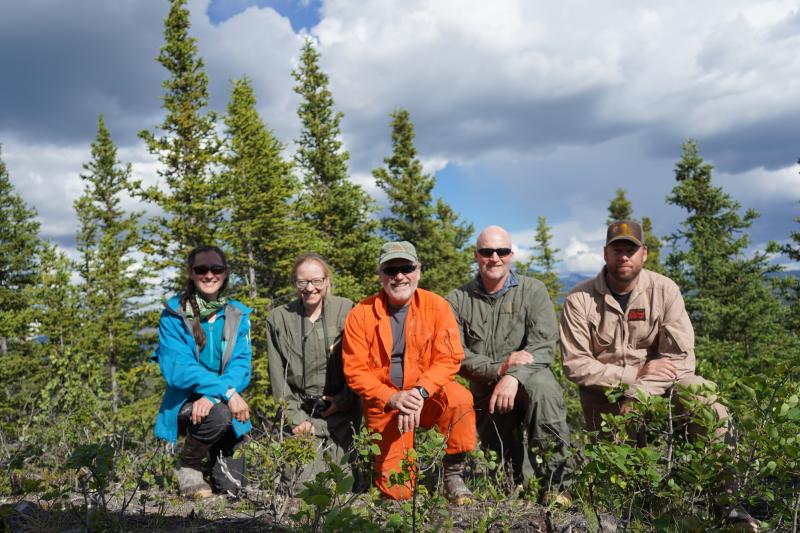 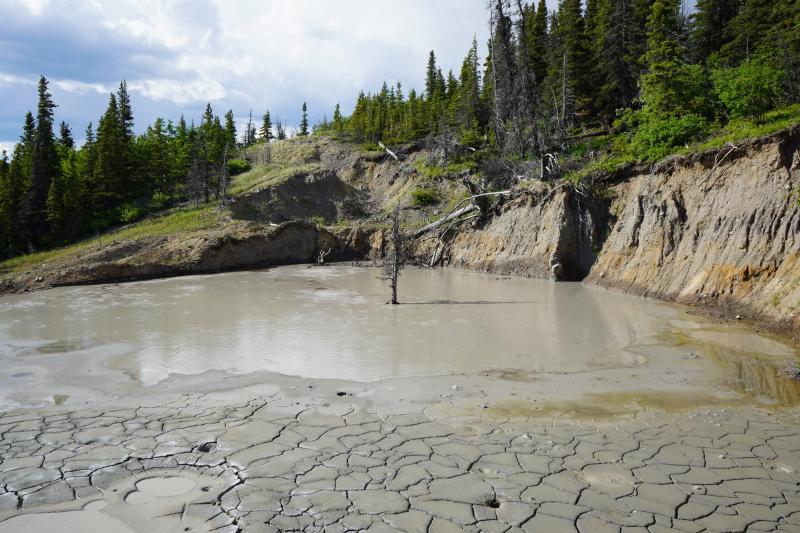 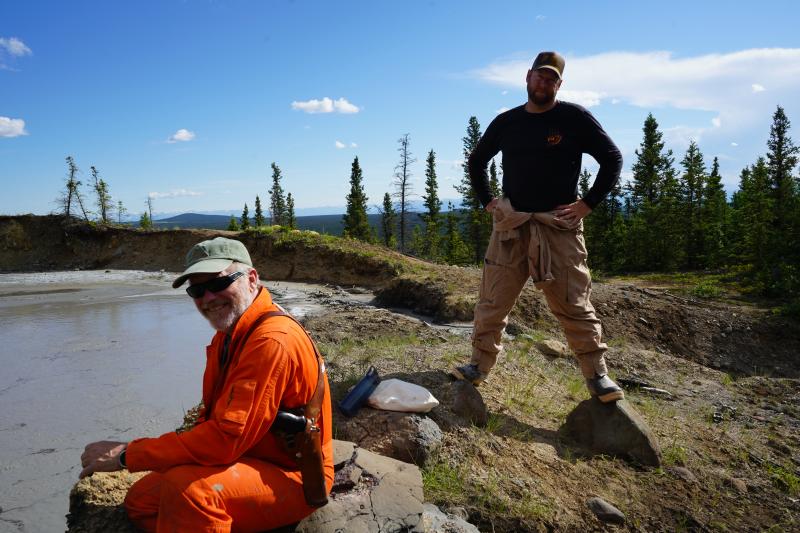 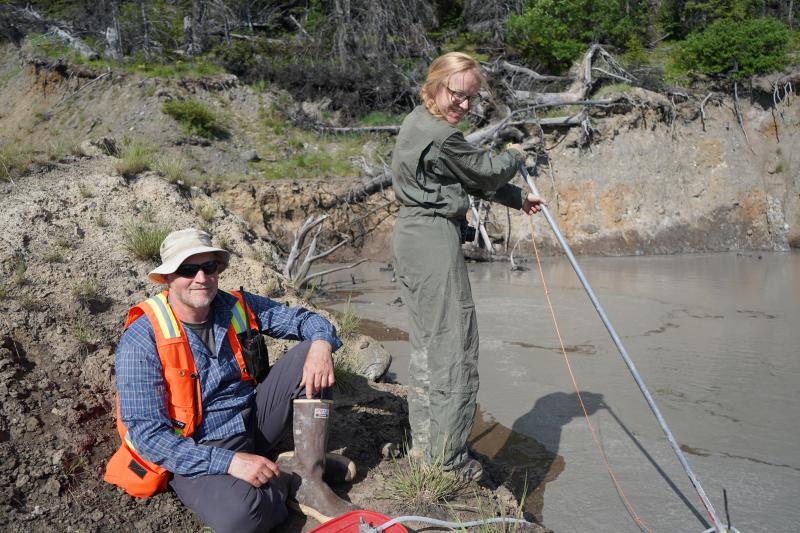 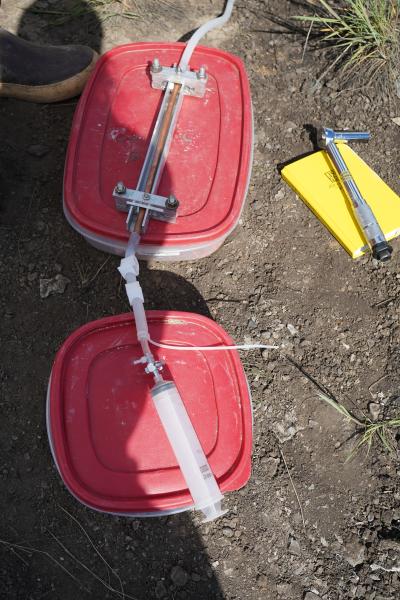 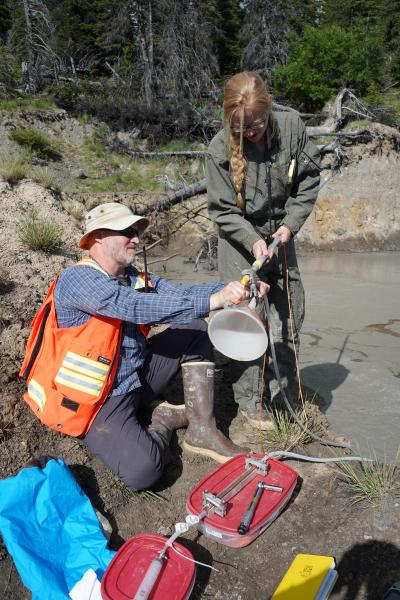 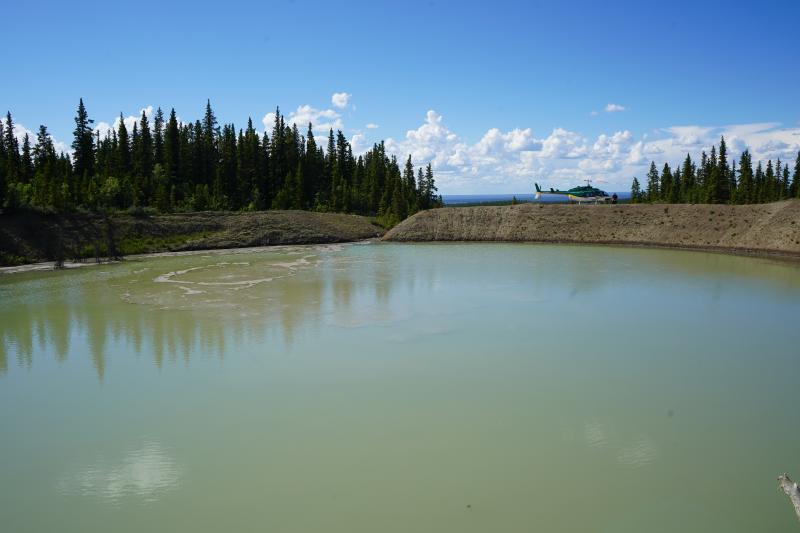 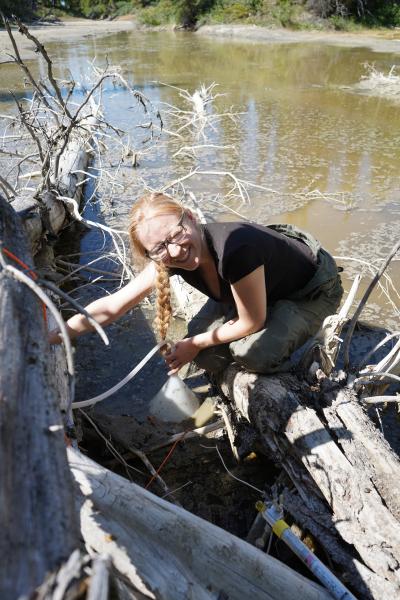 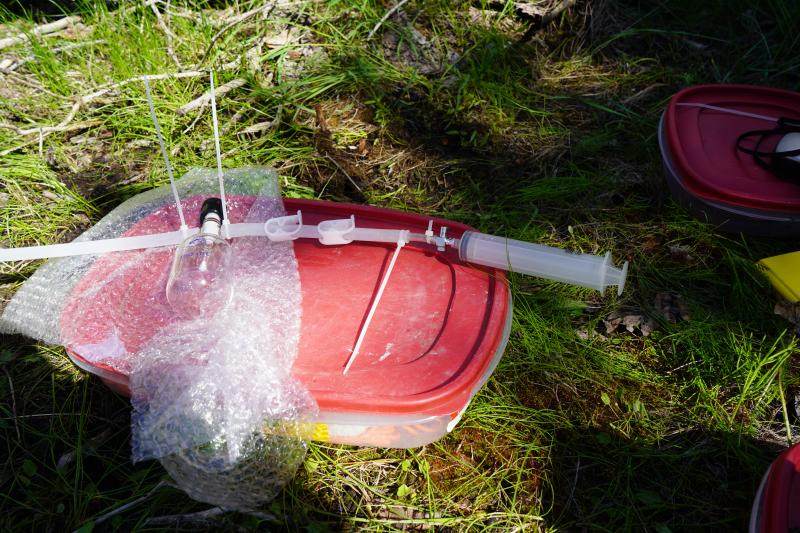 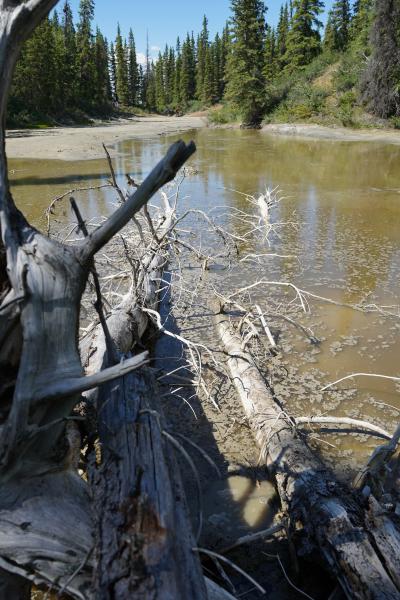 The Klawasi Group is composed of "three large mud volcanoes located approximately 27 km (17 mi) east of Glennallen near the west slope of the the Pleistocene volcano, Mt. Drum, in the Copper River Basin of southcentral Alaska. " [1]. The three mud volcanoes are named Upper Klawasi, Lower Klawasi, and Shrub. "Shrub rises 340 ft (~100 m) above surrounding terrain and is composed of deposits derived from underlying glaciolacustrine sediments of the Basin [2]. Low-level mud and minor gas emission has historically been almost constant at the other two mud volcanoes; Shrub [was] virtually inactive for decades with only some minor discharge observed in the mid-1950s [3]. During the spring of 1997, Shrub began to vigorously erupt CO2-rich gas and warm saline mud" [1]. Motyka and others (1989) [4] show how helium and carbon isotope ratios provide good evidence that the Klawasi CO2 is derived from a magmatic intrusive with additional contributions of CO2 from contact metamorphism of deep-seated limestone beds.
REFERENCES CITED
[1]
1997 volcanic activity in Alaska and Kamchatka: Summary of events and response of the Alaska Volcano Observatory, 1999 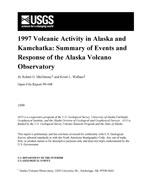 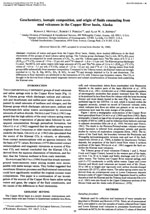