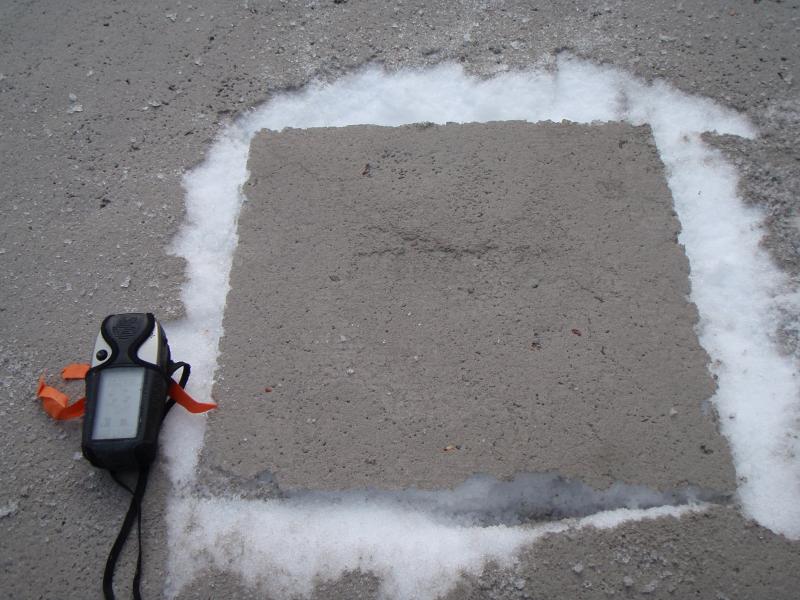 Ashfall in Seldovia during Redoubt's 2009 eruption

Wilderness pilots, hikers, boaters and people in Alaskan communities can now report online to authorities if they witness falling ash or an ash cloud from an erupting volcano. The Alaska Volcano Observatory has developed a new online tool for reporting visible volcanic ash.

The "Is Ash Falling?" reporting system is available to the public via the AVO website. Users browsing the site during eruptions will be directed to this web form, allowing them to submit ash-fall information to the Observatory. Future use of this online reporting system by other U.S. and international volcano observatories is planned.

Information received from the public through the ash-fall reporting tool will help AVO and National Weather Service scientists track eruption clouds and associated fallout. These reports will also give scientists a more complete record of the amount, duration and other conditions of ash fall. The firsthand accounts of ash fall will support computer model development and interpretation of satellite imagery.

"Ash fall, especially small amounts, is easily mixed in with previous and later ash-fall events and then blown about by winds in the summer. It becomes impossible to tease out ash from different explosions and the timing of when it fell sometimes within a week. By getting ash-fall reports from the public covering a wide range of time and area, we will be able to much better refine our ash-fall models, resulting in better forecasts," said Tom Murray, director of the U.S. Geological Survey's Volcano Science Center.

The National Weather Service uses ash fall data to monitor ash movement and refine and improve its ash fall statements, advisories and warnings. "The ash-fall models only go so far...so these observations will help the forecaster adjust model output to match what is actually happening," said NWS meteorologist Jeff Osiensky.

"Knowing the locations from which ash-fall reports have been filed will improve public ash-fall warnings and forecasts by providing on-the-ground checks of our models," said USGS Geologist Kristi Wallace. "AVO staff will be able to condense and summarize the various ash-fall reports and forward that information on to emergency management agencies and the wider public."

The Alaska Division of Geological & Geophysical Surveys determines the potential of Alaskan land for resources, groundwater and geologic hazards. Visit dggs.alaska.gov and follow us on Twitter @akdggs.

Scientists at the Geophysical Institute study geophysical processes in action from the center of Earth to the surface of the sun and beyond. The institute turns data and observations into information useful for research, state and national needs. Visit www.gi.alaska.edu and follow us on Facebook and Twitter.

NOAA's mission is to understand and predict changes in the Earth's environment, from the depths of the ocean to the surface of the sun and to conserve and manage our coastal and marine resources. Join NOAA on Facebook, Twitter and other social media channels.