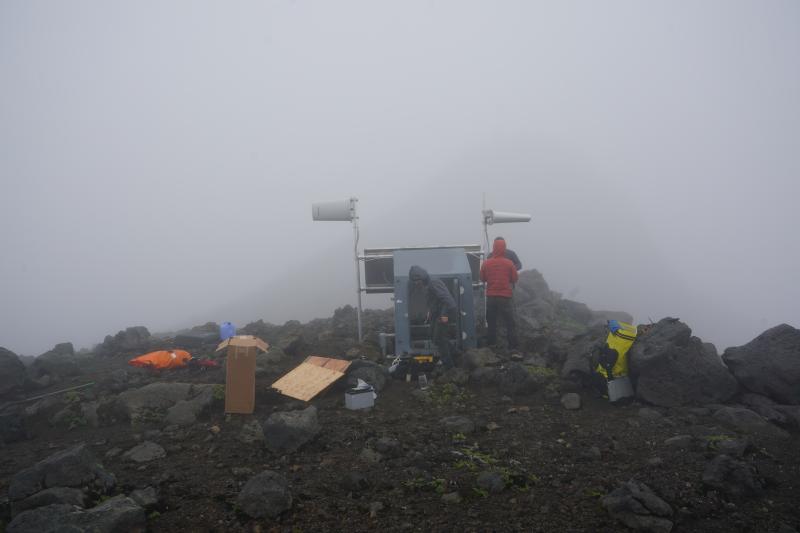 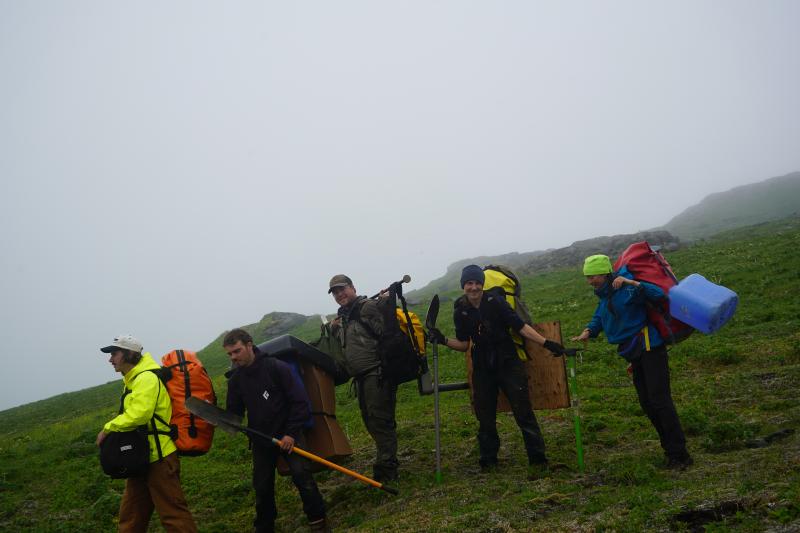 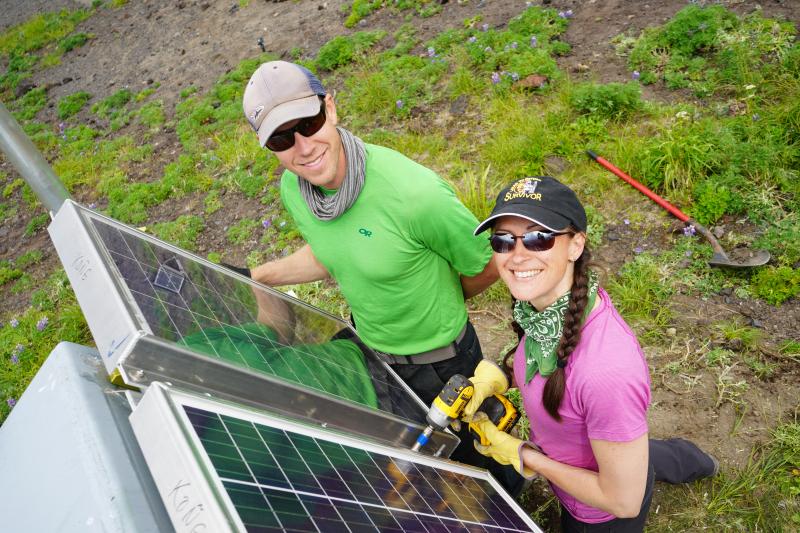 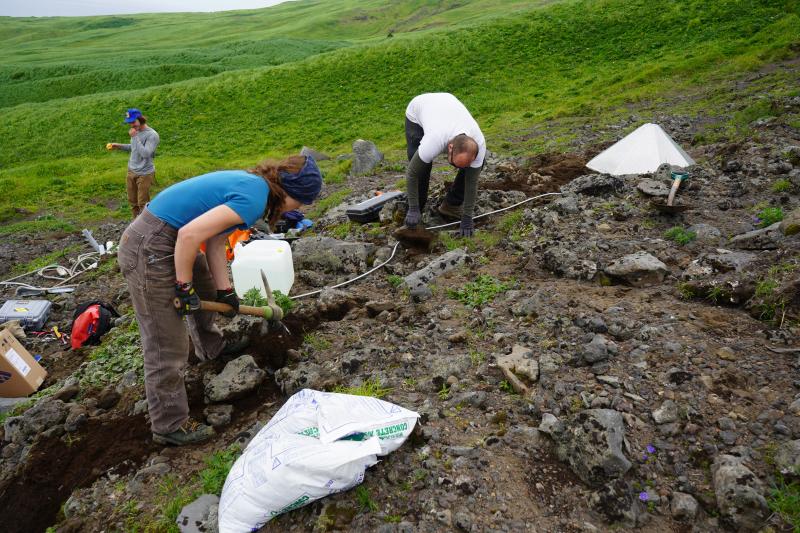 The upgrades have addressed needed replacement of aging analog equipment with modern digital instruments and radios, as well as refurbishment of existing digital equipment at some sites with more robust digital installations. In particular, five entire seismic networks located at volcanoes in the Aleutian Islands­—Korovin, Great Sitkin, Kanaga, Tanaga, and Gareloi—have been completely changed over from analog to digital systems. Mount Dutton on the Alaska Peninsula also underwent a complete upgrade. This summer’s field work represents the successful first year of a three-year project to replace all remaining legacy analog equipment in AVO’s geophysical network. This work, which was motivated by requirements set forth by the National Telecommunications and Information Administration to vacate radio frequencies used by older analog equipment, has the benefit that the new digital stations installed at the 13 volcanoes this summer provide a dramatic improvement in data quality. The new data also will be of value for other monitoring programs, such as those focused on earthquakes and tsunamis.

Owing in part to these upgrades, AVO has reestablished seismic monitoring at Dutton and Wrangell volcanoes and recently changed the status of these volcanoes from “UNASSIGNED” to Volcano Alert Level NORMAL and Aviation Color Code GREEN. Dutton and Wrangell had been removed from AVO’s list of officially monitored volcanoes in past years due to their original analog seismic networks being inoperable.