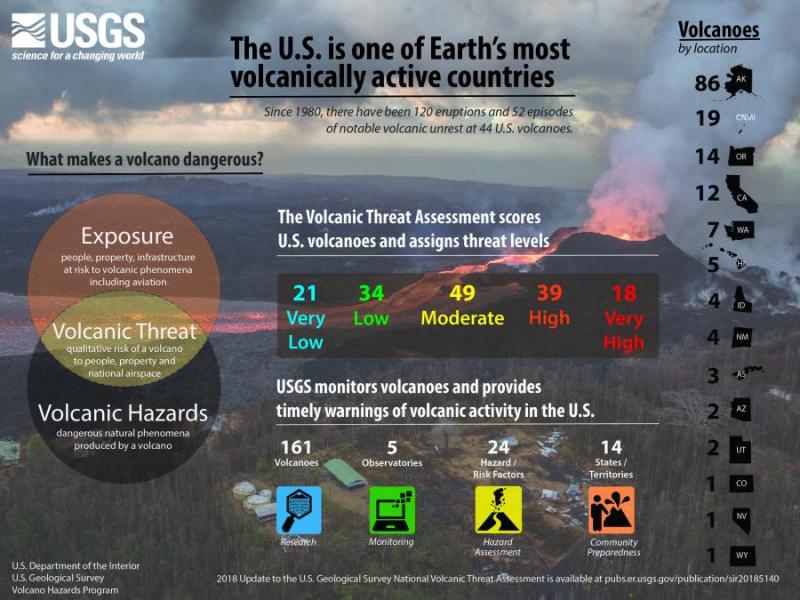 2018 Volcanic Threat Assessment
Since 1980, there have been 120 eruptions and 52 episodes of notable volcanic unrest at 44 U.S. volcanoes. When erupting, all volcanoes pose a degree of risk to people and infrastructure. However, the risks are not equivalent from one volcano to another because of differences in eruptive style and geographic location.

The USGS assesses active and potentially active volcanoes in the U.S., focusing on history, hazards and the exposure of people, property and infrastructure to harm during the next eruption. The assessment uses 24 factors to obtain a score and threat ranking. The findings are in the newly published 2018 Update to the U.S. Geological Survey National Volcanic Threat Assessment.

The threat ranking is not a list of which volcano will erupt next. Rather, it indicates how severe the impacts might be from future eruptions at any given volcano. The volcanic threat assessment helps prioritize U.S. volcanoes for research, hazard assessment, emergency planning, and volcano monitoring.